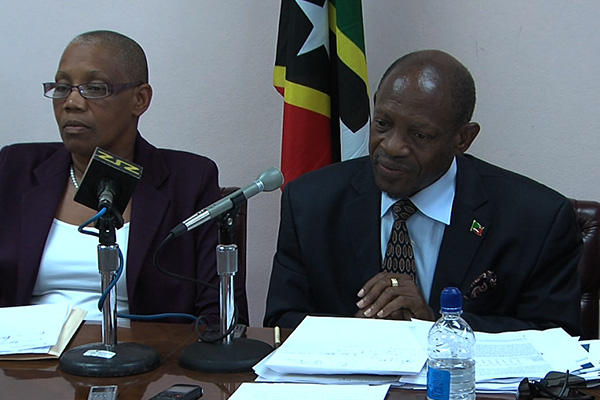 A New Look at Marijuana

ZIZ News — The Federal Government says the time is right to start having open discussions about legalizing marijuana use.

During Wednesday’s Cabinet Press Conference, Minister of Justice and Legal Affairs, the hon. Patrice Nisbett said a committee has been established and plans will soon be finalized to hold a public forum on the legalization of marijuana.

He said, “Research throughout our secondary schools, the prison and the wider community will be collated and data will be had to revise the St. Kitts and Nevis master plan for drug and substance abuse prevention.”

Prime Minister, the Right hon. Dr Denzil Douglas said this new approach stems from the fact that the current approach to the drug problem in the region doesn’t seem to be working.

“It has been a total criminal approach. A zero tolerance approach…we’re going in and crush those who are harvesting and selling the drugs and so forth. We felt that there should be a different approach…at least contemplated,” he said.

The prime minister says this new approach to drugs came out of a Heads of Government Summit of the Americas in 2012.