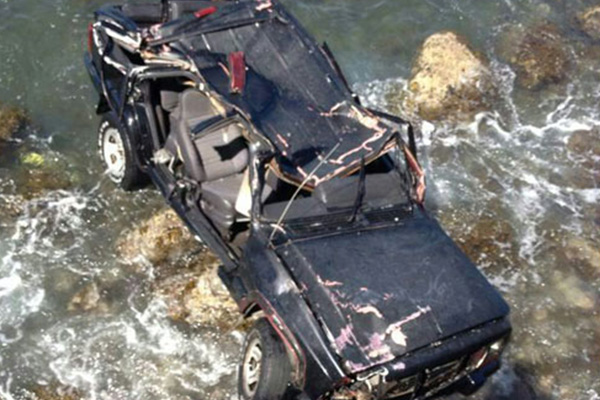 ZIZ News — A driver is lucky to be alive today following a dangerous accident at the Old Road Bay on Saturday Night.

ZIZ News understands that the driver of motorcar PA3182 lost control of the vehicle which ran into a light post on the sea side of the road before going into the Old Road Bay.

Electricity in the area was interrupted as the vehicle literally snapped the light post in two pieces before going into the water.

The condition of the driver is unknown at this time but ZIZ will bring you further details about this accident when they become available.

This is the second vehicle that ended up in the Old Road Bay in just over one month’s time.

On February 15th, motor jeep PA3345 – which was being driven by Kevin Somersal of Sandy Point lost control and plummeted into the sea.

Somersal was able to exit that vehicle with ease but the passenger Melissa Williams also of Sandy Point had to be removed with the assistance of others.