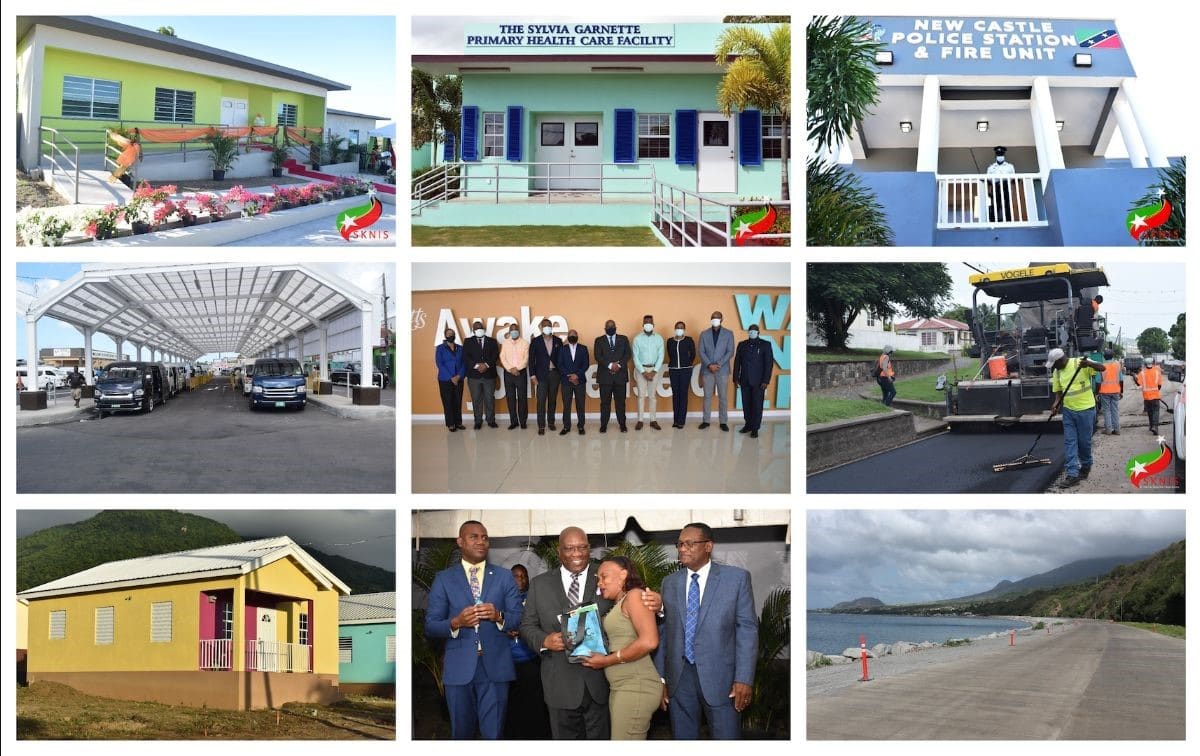 BASSETERRE, St. Kitts, February 19, 2021 (Press Unit in the Office of the Prime Minister) – Since assuming office, the Team Unity Government has remained true to its mantra of putting people first. This is evidenced by record numbers in job creation, the delivery of hundreds of homes to deserving families and most recently, the stellar management of the COVID-19 situation in the Federation.

The three-party Team Unity coalition was given its first mandate of creating a stronger, safer future for all on February 16, 2015, when it defeated the Denzil Douglas-led regime in resounding fashion at the polls.

“We have accomplished a lot. Our country is more united than ever, and the relationship between Nevis and St. Kitts has never been better at the people to people and Government to Government levels. But there is so much more to do,” said Prime Minister Dr. the Honourable Timothy Harris during the Thursday, February 18 Sitting of the National Assembly, under the segment ‘Statement by Ministers’ on the Order Paper.

Prime Minister Harris added, “Today, we have safer streets so people can walk without fear. We have bigger and better homes to live in. Working together as a coalition and with the people of our Federation, we are delivering on our promise of working towards a safer, stronger future.”

Dr. Harris stressed that his Team Unity Government has and will continue to put people first by working for them and with them to deliver a brighter future.

“We have also been working with the people, and security personnel and seen major crime plummet to an all-time low. Thanks to our intelligence led policing and our Peace Initiative we have seen significant reduction in violent crimes in our Federation. In 2020, homicides fell to its lowest level since 2005. Our build out of our Explorers Club is helping our young people to say no to drugs, crime and social deviant behaviours early in their formative years,” the prime minister said.

The Team Unity administration has invested a significant amount of funds in infrastructure development, creating even more jobs and better homes for the people of St. Kitts and Nevis.

Prime Minister Harris said, “Public and private investment projects mean that more people have had access to a safe, modern home where they can raise a family. For financial years 2019 and 2020 our capital budget stood at over $190 million, the highest on record. We expanded cruise tourism and brought more people to our shores, who spent more money, supporting our local businesses and helping to provide a better life for so many vendors. For two cruise seasons in a row, we recorded over one million cruise passengers and became designated as a Marquee Port.”

The prime minister reminded the nation that since 2015, St. Kitts and Nevis recorded six successful years marked by economic growth and surpluses on fiscal accounts until the COVID-19 pandemic reached the shores of the Federation.

“There is no question that by working with the people, for the people, this Team Unity Government is taking St. Kitts and Nevis in the right direction,” Prime Minister Harris said.

Nurses Trained at CFBC Can Practice Anywhere in the World, Says Dean Bradshaw