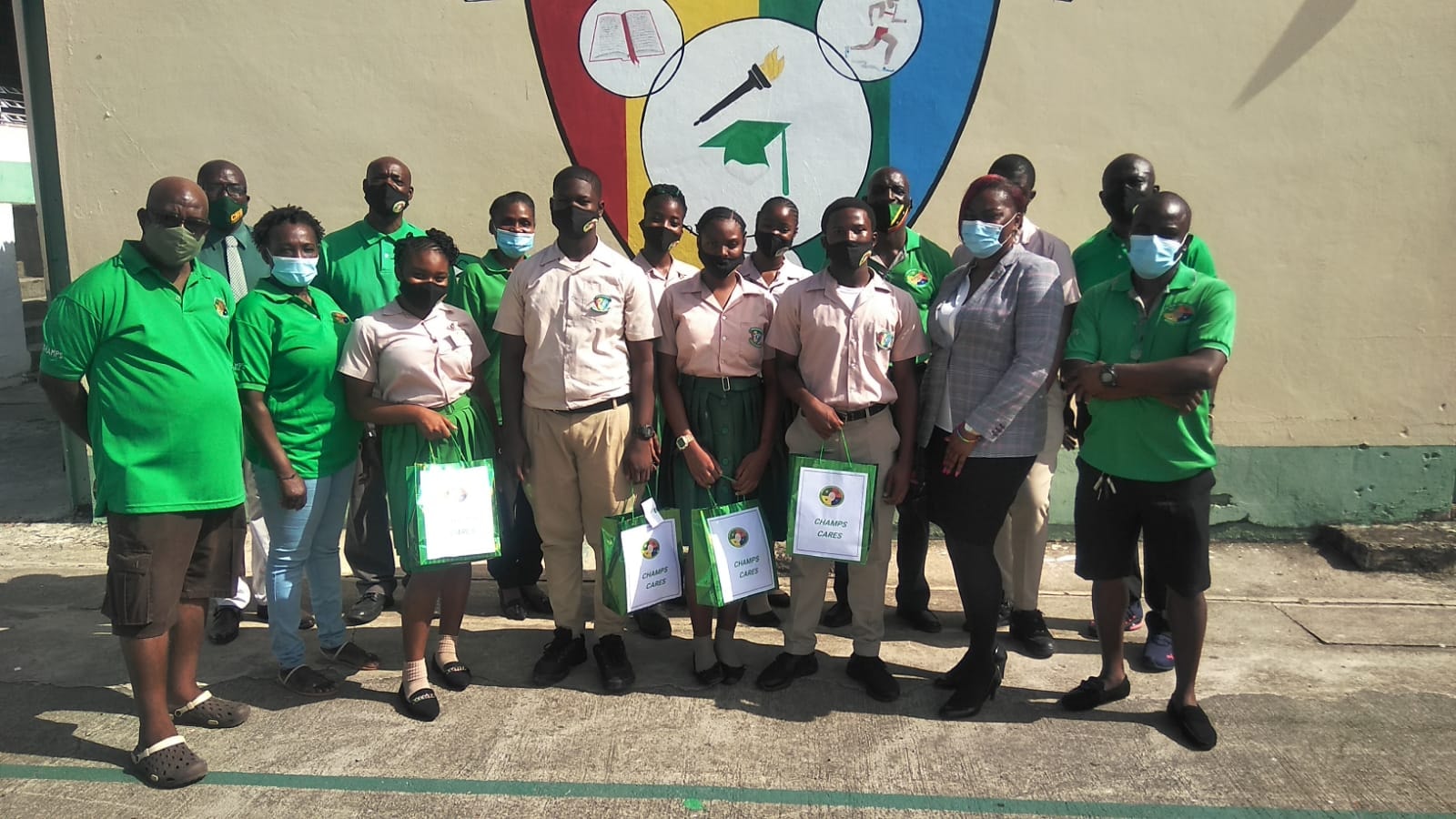 The Cayon High Alumni and Mentorship Programme (CHAMPS) is inviting past students of the Cayon High School to become members of the association as it works to provide assistance to the school.

Vice President of CHAMPS Dave Browne said the association became a reality after some of the alumni recognized the needs of the school and wanted to help.

“It’s very important. It really stemmed from a parent I spoke to brought me back to the idea of what was happening at the school…I realized there wasn’t certain advancements in the school and so we all pooled together and decided we are going to support the school in a number of ways with respect to helping them getting stuff like refrigerators and other contributions to the school.”

He said at the moment CHAMPS is focused on two specific areas of advancement for the school and its students.

“A mentorship programme where we want to be able to help all the students and so Mr. Percy Daniel is in charge of that section to pull a number of past students and other folks who would be interested in helping us so that we create somewhat of an umbrella for everybody, for the students in particular so that they can talk about any issues in school and even going on beyond school. The other thing we are trying to do right now is to put a computer lab there that would be state of the art. That we are planning to see if we can fit in, in another year.”

In April CHAMPS donated 500 masks to the students at teachers of CHS.

Public Relations Officer for CHAMPS Ken Sutton said along with the introduction of a scholarship programme, the association has also donated a refrigerator, books, a stove, office equipment, and cellphones since its inception in 2015.

He invited past students to contact him or one of the members of CHAMPS to become a member.

“ We’ve been trying to increase our membership so we ask anybody, past students, teachers, workers, anybody who had any affiliation with the Cayon High School to join us. Some people are saying they have their own group already and they don’t want to divert from their group but it is better f we join under one umbrella; you can still have your little group but if we come under this umbrella I think it will be more meaningful towards the Cayon High School so anybody who wants to be a part of this organization, they can contact myself at 663-1570.”

CHAMPS which has been operational for the past 5 years and will host elections later this year for the installation of a new executive.