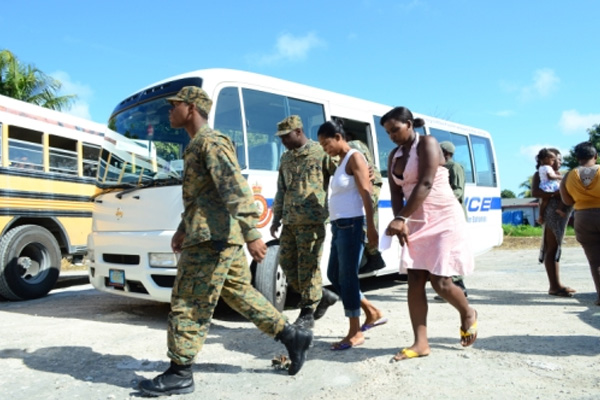 London, (CMC) — The international human rights group, Amnesty International, says it is seeking information from the Bahamas Government regarding its migration reform policy.

Amnesty says it is seeking the information amid allegations that the “reforms” might be “leading to human rights violations and enhancing discrimination in the country”.

Nassau last year implemented a series of migration policies and reforms, including new requirements for migrants residing in the country, such as holding a residence permit for children to be able to enroll in schools.

“The precise content of these reforms have yet to be made public despite the fact that the authorities have already been implementing some of them, creating uncertainty about its details and arbitrariness in its implementation,” Amnesty International said.

It said that the Perry Christie government had announced that, by November 1 last year, everyone living here would be requested to hold a passport of their nationality.

“This was done within a short timeframe and without any published policy nor information campaign targeting the affected populations. Consequently, according to the authorities, this resulted at that time in the arrest of 77 people in the island of New Providence,” Amnesty said.

Amnesty International said other sources estimated the arrests to be at several hundreds, many being of Haitian or Bahamian/Haitian descent.

“Transparency should be paramount in order to prevent human rights to be affected. In a spirit of collaboration with the Bahamian authorities, Amnesty International, therefore, requests to receive clarifications to a number of questions on the migration reforms, specifically in view of understanding how the Government of The Bahamas is planning to implement the new measures in a manner compatible with its international human rights obligations.”

Last month, the Inter-American Commission on Human Rights (IACHR) requested the Bahamas to adopt “precautionary measures” in favour of the people held in immigration detention at the Carmichael Road Detention Centre.

IACHR is expected to hear a “thematic hearing” on Friday about the situation of human rights of migrants in the Bahamas “following repeated allegations of human rights violations and concerns,” Amnesty International said.