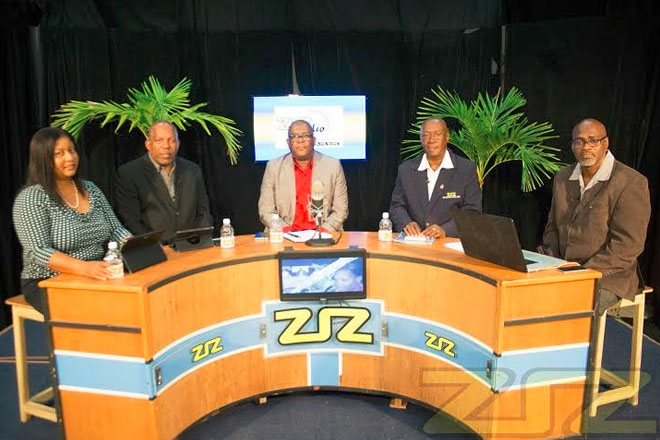 An Introspective Look At ZIZ

(ZIZ News) — Rebranding ZIZ was the focus of Monday night’s special edition of “The Round Table”.

It gave members of the public the opportunity to weigh in on the discussion by offering suggestions and assessments, and ask questions on creating a bigger and better ZIZ.

Assistant General Manager, Viere Galloway said the company has served various governments and ideologies and has always stayed true to those ideologies so this time around is no different.

“We support now going to the new Board and we just want the public to tell us exactly what they would like to see, what they’d like to hear and of course any views that you want to give, we are here to take them,” he said.

“This is just another facet of the quest to bring ZIZ to the first-world party where professionalism will shine like a beacon and the standards of broadcast will not be taken for granted,” he said.

Member of the Board, Lester Hanley said among the mandates are to help develop content promotion and brand imaging concepts.

“We’re going to have to, from a human resource standpoint, develop that skillset but at the same time we are going to become very aggressive in the marketplace because we don’t want to perceive ZIZ to be number one. We expect to be number one,” he said

The discussion was broadcast live on ZIZ TV Channel Five, ZIZ Radio 96.1FM and streamed via the World Wide Web at www.zizonline.com.