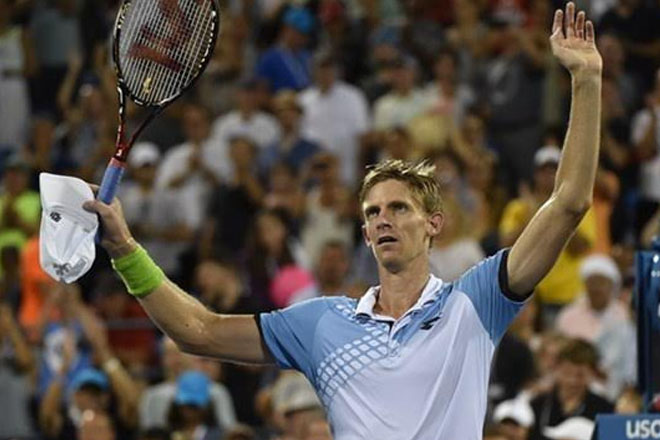 Sports Page — Seven times previously Kevin Anderson had made the fourth round at a Grand Slam but advanced no further. Every defeat was to a top-ten players, with two each dished out by Tomas Berdych and David Ferrer. The most recent three have been against Andy Murray, Rafael Nadal and at Wimbledon to Novak Djokovic, a match where he had led by two sets.

But in a fourth-round contest at the US Open, which scanned through from broad daylight to night time on Louis Armstrong Stadium, the South African finally made his major breakthrough by shocking third seed Andy Murray in four brutal sets.

The 15th seed edged a tight opening set, in which there were no breaks of serve, on a tiebreak. Then, he stormed out to a 5-1 advantage in the second and, after a brief Murray fightback, managed to close out the set 6-3.

After a series of breaks to start the third set, the Scot seemed to be catching fire, playing a magnificent tiebreak to extend the contest into a fourth stanza and whip the now passionate crowd into a frenzy. Surely thoughts of his five-set defeat at Wimbledon to Djokovic were entering Anderson’s head, as a second comeback of the tournament seemed likely for Murray.

However, the world No. 3 squandered break opportunities at the start of the fourth and barely had a sniff from then on, with Anderson flying through the resulting tiebreak to claim the contest 76(5) 63 67(2) 76(0) in four hours and 18 minutes. The loss broke Murray’s streak of reaching 18 straight Grand Slam quarterfinals.

Anderson played arguably the best tennis of his career, combining his usual explosive powerful hitting with previously unseen exceptional movement, retrieving and touch at the net.