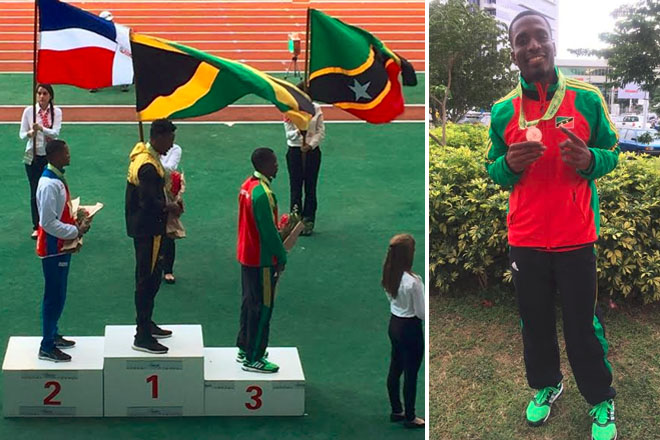 (ZIZ News) – Antoine Adams of St Kitts Nevis has continued his successful 2015 athletic season with another medal. This time, he copped the Bronze Medal in NACAC’s Senior Championships currently being held in Costa Rica. His run was completed in a time of 20.47 seconds.

The race was won by Rasheed Dwyer of Jamaica in 20.12. He was followed in second place by Yancarlos Martinez of the Dominican Republic in 20.28. Brijesh Lawrence also of St Kitts Nevis placed seventh in a time of 21.03.

These Championships are considered to be a warm-up for the IAAF World Championships in Beijing during the period August 22 and 30, 2015.