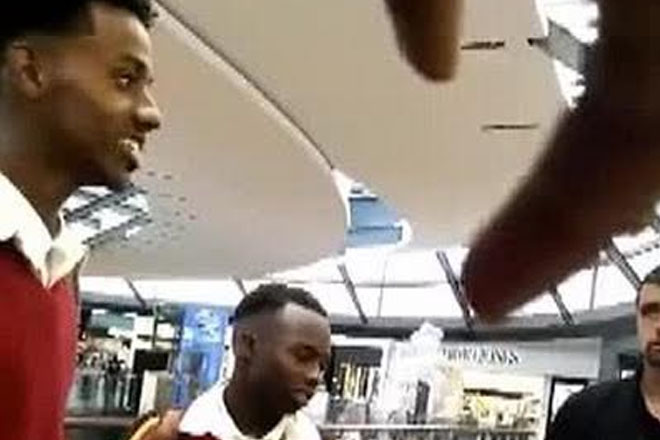 Apple apologises after allegations of racism by Australia schoolboys

(BBC) Apple has apologised to six schoolboys asked to leave one of their shops in Australia, in what the students described as a racist incident.

A staff member can be heard saying security are concerned that the boys will shoplift.

Apple said the store manager apologised to the boys, who are all black, and their school principal.

In a statement the firm said: “Inclusion and diversity are among Apple’s core values. We believe in equality for everyone, regardless of race, age, gender, gender identity, ethnicity, religion or sexual orientation.

That applies throughout our company, around the world with no exceptions. We’ve looked into the details of the situation and we apologise to the customers involved. We will continue to do everything in our power to ensure all our customers are treated the way they should be.”

The student who filmed the video, Francis Ose, said on Facebook: “Simply racism – made them apologise tho (sic).”

Another of the boys involved, Mohamed Semra, later said on Facebook that they were satisfied with the response from Apple.

“They apologised, so we’re chilling, no need to take it further,” he wrote.

The video of the incident has been viewed more than 62,000 times on Facebook and sparked debate across social media.

In it, a staff member can be heard saying: “These guys are … just a bit worried you might steal something”.

When the boys protest, the staff member tells them: “End of discussion – I need to ask you to leave our store.”

All of the students in the video are in Year 10 and attend Maribyrnong College in Melbourne.