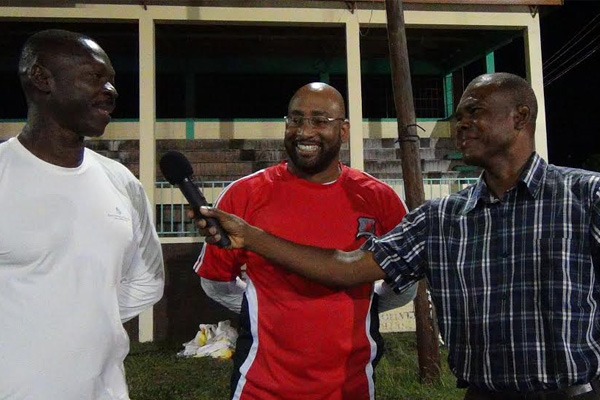 (Sports Page)- Dean Wilkins, a recognized Archer out of Trinidad, visited Nevis over the weekend to do some technical training with members of the Nevis Archery Association.

He indicated that the local Archers were very enthused with the training which involved quite a lot of technical and practical aspects.

He personally got involved in the sport in 2007 when he was invited to a training program and became hooked on the sport ever since.

The training sessions over the weekend, focused on: Technique; standing position; addressing the target; hooking the string; gripping the bow; the use of the back in the overall movement; eye dominance, among other aspects.

Pam Barry of the Nevis Archery Association indicated that she was not aware that there was so much to her favourite sport until she participated in the training.

Local President, Dane Sandiford was the man who made the original contact with Wilkins and stated that it was a busy but fulfilling weekend.

‘It really went well,’ he said. He indicated that from here on his association will be canvassing the younger persons on Nevis in order to encourage them to become involved in the sport.

The training session took place at the range in Bath Village and commenced on Friday 27th February and concluded on Sunday 1st March.

Wilkins and Sandiford both revealed that there will be an upcoming tournament in Trinidad in June of this year and a team from Nevis is all set to compete in the event. The event is referred to as the Southern Caribbean Archery competition.