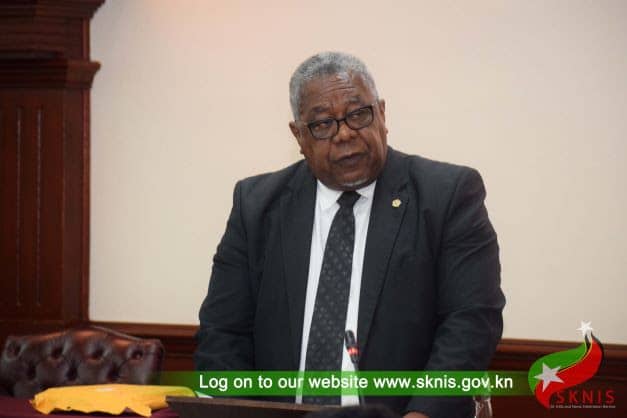 He said, “Mr. Speaker, in relation to the Electoral Office, the Office of the Attorney General lends administrative support to this critical constitutional institution. Section 33 of the Constitution provides for an independent electoral commission whose function shall be to supervise the supervisor of elections in the performance of his or her functions under section 34 (1), 38 (9), and 113 sub-section (5) of the Constitution.”

“The duty of the supervisor of elections shall be to exercise general supervision over the registration of voters in elections of representatives and over the conduct of such elections,” he said.

The Attorney General also noted that the local government elections for Nevis are due any time during the next 15 months and stated that the commission and supervisor have begun preparations for these upcoming elections.

He also said that “The registration of voters has continued apace during the year as prescribed by law. Monthly lists, revised monthly lists and the revised annual register for each constituency were published and put up by registration officers in prominent locations in all constituencies.”

“The annual register had been prepared and was released in July and contains 48,404 names for voters, 36,095 in St. Kitts and 12, 309 in Nevis. Claims and objections continue to be heard and disposed of in both St. Kitts and Nevis,” said the Attorney General.