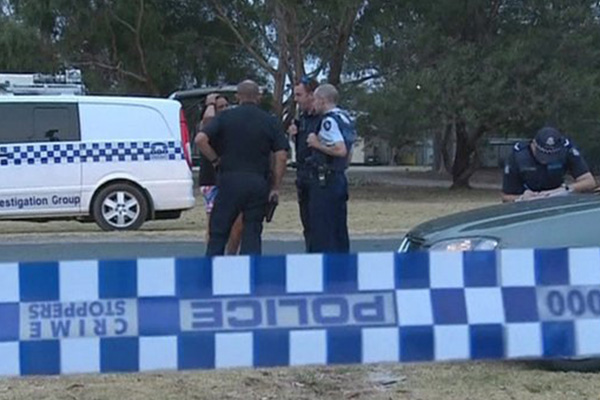 (BBC) — An Australian man who was shot dead by police after beating his 11-year-old son to death on Wednesday night with a cricket bat was already wanted by police, the authorities have said.

Police shot and killed Greg Anderson after he killed his son, Luke Batty, following a cricket practice session in Melbourne.

Anderson had been questioned over assault allegations in January.

But police had failed to notice that he had five outstanding arrest warrants.

Luke’s mother, British-born Rosie Batty, has said her former partner had a history of mental illness.

She told reporters that “family violence happens to everybody, no matter how nice your house is, how intelligent you are”.

She paid tribute to Luke as effervescent, funny and intelligent.

Ms Batty was at the cricket ground when the attack happened.

Anderson was shot by police after he threatened them with a knife.

Victoria Police chief Ken Lay said police who spoke to the 54-year-old about an assault allegation on 27 January did not know of the outstanding warrants because of “shortcomings in our IT systems”.

However he said that the computer problems were just “one part of a very complex issue”.

Melbourne’s The Age newspaper reports that Victoria’s Children’s Commissioner is to hold an inquiry into the circumstances surrounding Luke Batty’s death, as his father had had contact with government services.

Bernie Geary said that “only a small percentage of family violence offenders have a history of mental illness” and cautioned against assumptions that mental health difficulties were a common cause of such incidents.