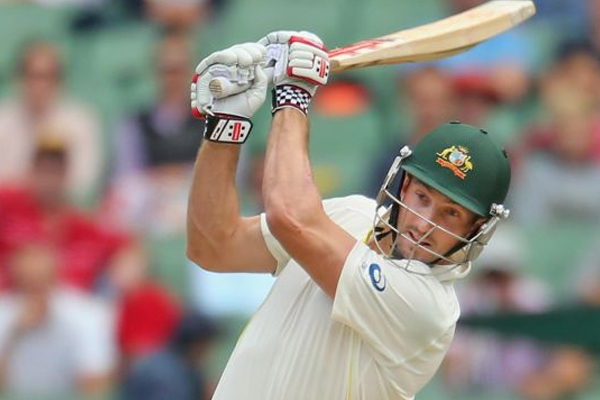 Australia run out of time, but win series

Sports Page — Australia did not need to win, and India never really thought seriously about doing so. A curiously muted final day of the Boxing Day Test petered out with four overs still to bowl; on recent evidence more than enough time to winkle out the visitors’ last four wickets.

A draw was enough for Australia to regain the Border-Gavaskar Trophy under the stand-in captaincy of Steven Smith, and also enough for MS Dhoni’s India to avoid a series whitewash. So hands were shaken, backs slapped and stumps drawn. Despite the odd moment of rancour – Virat Kohli versus Brad Haddin – or transcendence – Mitchell Johnson’s ripping cutter to bowl Cheteshwar Pujara – this always seemed the most likely result.

It was a revealing day for Smith, showing that in his second Test as leader he was unprepared to risk a 2-0 series lead over opponents who had chased boldly and capably until tripping up within sight of the finishing post in Adelaide. In this, Smith showed a level of pragmatism more in common with another former captain who bowled leg spin in Richie Benaud, as opposed to the greater gambling instinct of Michael Clarke and his mentor Shane Warne.

Right from the start of the day, Smith had appeared intent on making sure India would not be presented with too amenable a target on what always remained a friendly batting surface. India’s captain MS Dhoni seemed to be hoping just as much for a closure early in the morning session, affording his batsmen the chance to pursue a target in the region of 350.