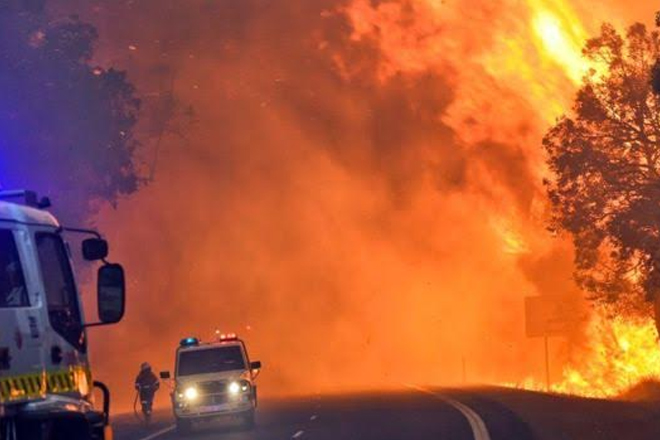 (BBC) A massive bushfire that devastated a small town is still burning out of control in Western Australia.

About 95 houses in Yarloop, south of Perth, have been destroyed and three people are reported to be missing.

Wind gusts of up to 60km/h (37mph) overnight fanned the blaze, dubbed the Waroona fire, to heights of 50m.

The fire area is now 58,000 hectares and emergency warnings remain in place for Waroona, Harvey and surrounding areas including Preston Beach.

A local politician told the BBC the fire “could well be the end” of Yarloop.

Western Australia Fire Commissioner Wayne Gregson told a news conference that the fire in Yarloop was too intense to be tackled head-on.

He said four firefighters were injured battling the blaze and one fire truck was destroyed.