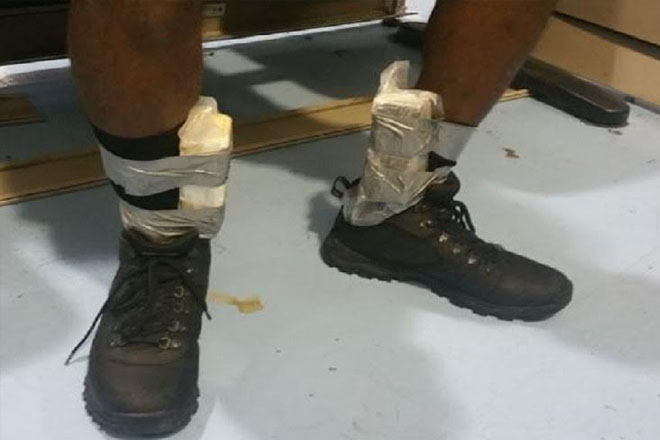 Bahamian caught at Florida port with cocaine taped to ankles

Florida, United States — US Customs and Border Protection (CBP) officers arrested a Bahamian man for smuggling approximately 2.4 pounds of cocaine into the country, taped to his ankles and in his luggage.

The man, whose name was not given, had arrived at Port Everglades on a cruise ferry from his homeland.

During an inspection, CBP officers noticed he was nervously moving items around in his luggage and they questioned him and inspected his bag. They discovered two brick-shaped packages containing a white, powdery substance that tested positive for cocaine.

After patting down the man, the officers discovered additional packages of cocaine taped to his ankles. A total of 2.4 pounds of cocaine was seized.

The cocaine and all evidence were turned over to Immigration and Customs Enforcement.

Port Everglades port director Jorge Roig said the seizure was another excellent example of CBP officers’ expertise and vigilance in preventing dangerous drugs from entering the US.