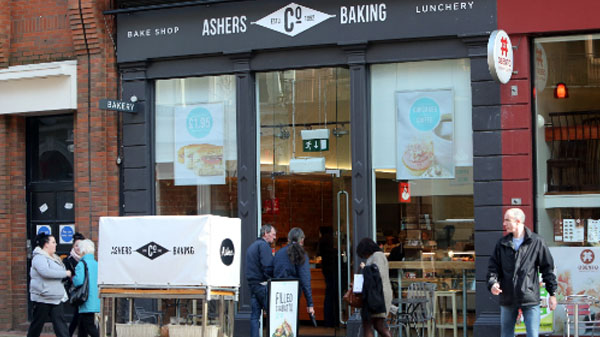 London, United Kingdom (AFP) — A Christian bakery in Northern Ireland was on Tuesday found guilty of discrimination for refusing to bake a cake advocating gay marriage, in a landmark legal case brought by local authorities.

Ashers Baking Company, which takes its name from an Old Testament figure, took the order but declined to make a cake bearing the slogan “Support Gay Marriage”.

The top of the cake would also have had a picture of the bedroom-sharing characters Bert and Ernie from the US television show “Sesame Street”.

“The defendants have unlawfully discriminated against the plaintiff on grounds of sexual discrimination,” judge Isobel Brownlie told a packed courtroom in Belfast at the end of a high-profile inquiry.

“This is direct discrimination for which there can be no justification,” the judge said.

Ashers must pay damages of £500 ($775, 700 euros) to Gareth Lee, the activist from the advocacy group Queer Space who ordered the cake. He said the money would go to charity.

Northern Ireland is the only part of the United Kingdom where same-sex marriage remains against the law.

Gay marriage is a highly divisive issue in the province, where church attendances in both the Protestant and Catholic communities remain strong.

The case comes ahead of an historic referendum on Friday that is expected to approve same-sex marriage in the traditionally Catholic Republic of Ireland, Northern Ireland’s southern neighbour.

The lawsuit was brought on Lee’s behalf by Northern Ireland’s Equality Commission, which oversees the implementation of anti-discrimination laws.

The cake was ordered for a private function to mark International Day Against Homophobia last year.

Ashers Bakery, which employs 80 people in Britain and Ireland, received financial backing in the case from the Christian Institute charity.

The row has prompted a proposal from some local politicians to include a “conscience clause” in Northern Ireland’s anti-discrimination laws.

“Gay people have for far too long been discriminated against.”

Lee’s lawyer said the activist felt the verdict vindicated his decision to seek the support of the Equality Commission.

“Our issue was with the message on the cake, not with the customer, and we didn’t know what the sexual orientation of Mr Lee was, and it wasn’t relevant either,” he said.

“The ruling suggests that all business owners will have to be willing to promote any cause or campaign, no matter how much they disagree with it.”

McArthur said he would be taking legal advice on whether to appeal against the ruling.