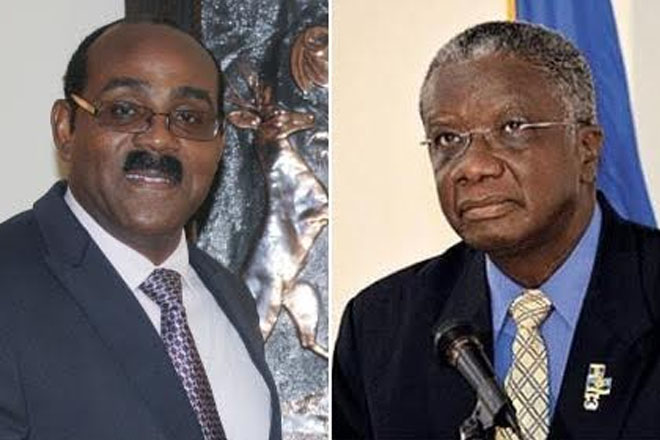 Bridgetown, Barbados — Following a report by Caribbean News Nowon Monday that, according to the Barbados Government Information Service (BGIS), Commonwealth regulations require that a candidate for the position of secretary general must be put forward by the region, the BGIS has since substantially truncated the release in question on its website.

As we reported, there is in fact no Commonwealth regulation that a candidate for the post of secretary general has to be nominated by a region, contrary to the erroneous original statement on the BGIS government website. Only individual member states may nominate candidates.

In the history of the Commonwealth, candidates for the post of secretary-general have been nominated only by their own countries. While regional support could be useful to a particular candidate, it is certainly not a Commonwealth regulation. As an example, in the current contest for the post, it is Botswana alone that has nominated its candidate, not the African region.

In fact, much of what Barbados Prime Minister Freundel Stuart had to say on the matter, as reported, is either misleading or factually incorrect.

Initially Stuart said, accurately, that the question of the candidates for the post of Commonwealth secretary-general was not discussed by Caribbean heads of government during last week’s Caribbean Community (CARICOM) summit in Barbados.

In point of fact, the matter of candidates for the Commonwealth secretary-general at the election in Malta in November was never on the agenda for the Barbados summit, and it could not have been because not all CARICOM members are Commonwealth states — Suriname, Haiti and Montserrat are not members of the 53-nation Commonwealth.

Any discussion of the Commonwealth secretary-general’s post could therefore only have taken place in the margins of the CARICOM meeting and then only with the agreement of all the heads of government.

However, notwithstanding that the issue is not a matter for CARICOM as such, Stuart reportedly went on to claim that Bureau of the Conference of Heads of Government had been mandated to deal with the matter and will make recommendations.

Antigua and Barbuda Prime Minister Gaston Browne, in a letter to Stuart on Tuesday, said it was absolutely inaccurate that there was any decision by heads to mandate the Bureau to make recommendations.

“Neither I nor any member of my delegation participated in any such decision. Other heads of government have also indicated to me that they know of no such decision,” Browne said.

According to Browne, these reports convey misleading information to other Commonwealth governments.

In any event, my government objects to this important matter being reviewed by the Bureau and for the Bureau to make recommendations. Therefore, I expect the Bureau to take no action whatsoever,” Browne said in his letter, copied to all heads of government and to the secretary-general of CARICOM.

Stuart, who had absented himself from the meeting, reportedly insisted when he learned of the decision that formal endorsement should await a meeting where all heads of government would be present. That meeting was held in February 2015 in The Bahamas and although Antigua and Barbuda’s candidate continued to enjoy overwhelming support, Trinidad and Tobago refused to withdraw its candidate Dr Bhoendradatt Tewarie and Barbados and Dominica declined to withdraw the British Baroness Patricia Scotland.