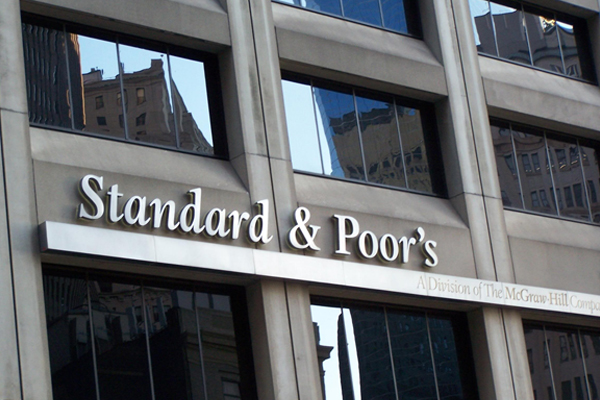 According to S&P, the downgrade reflects continued large fiscal deficits, a high debt burden that continues to rise, and narrower financing options. Financing this larger deficit has become more difficult in both local and external capital markets, leading the government to rely on official and central bank financing, and some drawings on the sinking funds.

The National Insurance Schemes’ (NIS) ability to finance the government is lower than in the past because of its declining surpluses. Financing from local banks is increasingly based on shorter tenors and higher interest rates.

The government aims to lower the central government deficit to 6%-7% of GDP by the end of March 2015 from 12.7% of GDP in the previous fiscal year ended March 2014. The budget contains various fiscal adjustment measures, but much of the fiscal savings have yet to be realized. A key portion of the planned adjustment depends on reducing budgetary supplemental — or requests for additional spending at fiscal year-end by public institutions–that takes place at the end of the year.

S&P expects some slippage from official fiscal targets given the risks that much of the fiscal adjustment has not yet been executed. Moreover, the weak economy will weigh on revenue performance this year and next. An additional deficit reduction next year relies on higher growth and maintaining current revenue measures, in addition to further steps to widen the tax base and other austerity measures at public institutions.

S&P expects the general government deficit, which incorporates NIS surpluses that we estimate at about 2.3% of GDP in 2014, to decline to 5.6% of GDP in fiscal 2014 toward 5% of GDP in fiscal 2015, from 10.1% in 2013. This decline reflects the government’s fiscal consolidation plan. However, risks remain from the sluggish outlook for the country’s main economic sectors, high unemployment, and potential spending pressures.

Barbados has a stable, predictable, and mature political system, which has traditionally benefited from consensus on major economic and social issues. While there is support and acknowledgment of the need for adjustment, private-sector confidence in the government’s ability to deliver appears mixed. This reflects a delay in putting forth a comprehensive adjustment plan.

Sharp fiscal deterioration and a decline in international reserves in 2013 prompted the government to take corrective actions. In August and December 2013, the government announced a series of adjustment measures that included tax increases (for the municipal tax, bank assets tax, and consolidation tax) as well as expenditure cuts.

About 3,000 public-sector employees, essentially at government agencies and state-owned enterprises (SOEs) were to be laid off. Expenditure rationalization efforts center on the agencies and SOEs because control over their finances has been lax.

To staunch this pattern, the government established a Special Oversight Committee on SOEs in 2014 to monitor and control their spending. This committee complements monitoring by the Management Accounting Unit of the Ministry of Finance and receives monthly status reports from the agencies and SOEs.

S&P views this as a positive development, but the key will be execution. Barbados’s economic fundamentals remain weak, reflecting not only subdued global economic conditions, but also competitiveness and other structural shortcomings. Its narrow and open economy has continued to suffer since the 2008 global financial crisis. Real GDP growth declined on average 0.5% per year during 2009-2013.

This year, S&P expects the economy to decline marginally. It was flat though the third quarter, with tourism arrivals up only marginally during the first 11 months of the year. Only tourism from the UK (more than one-third of tourists) has showed strong growth.

Given the fiscal adjustment, S&P expects a contraction for the year as a whole. Real GDP growth should pick up next year to 1.2% and move toward 2% in 2016-2017.

A reduction in airlift to Barbados earlier in 2014 has been corrected, and there are incipient signs of some pickup in tourism since October from the US and Canada.

While S&P expects investment in the tourism sector to pick up, there is some uncertainty about the timing and extent of new projects. The most concrete projects are two Sandals resorts, with the first set to open at the end of January 2015 and the second property to close and undergo important refurbishing and construction for two years beginning late 2015. Tax concessions awarded to Sandals have been extended to other projects as well. A Hyatt hotel is set to start construction in early 2015. Other villa and high-end residence projects appear set to advance as well.

The negative outlook reflects the potential for a downgrade if the government doesn’t succeed in bringing down its wide fiscal deficit, if growth boosted by key investment projects fails to materialize, or if external pressures of persistent current account deficits mount. This scenario would likely lead to further deterioration in the availability of financing for large fiscal deficits.

S& said it could revise the outlook to stable if the government succeeds in reining in the deficit in line with its targets and maintains access to financing, especially from private creditors. This in turn would help improve government debt and interest burdens.