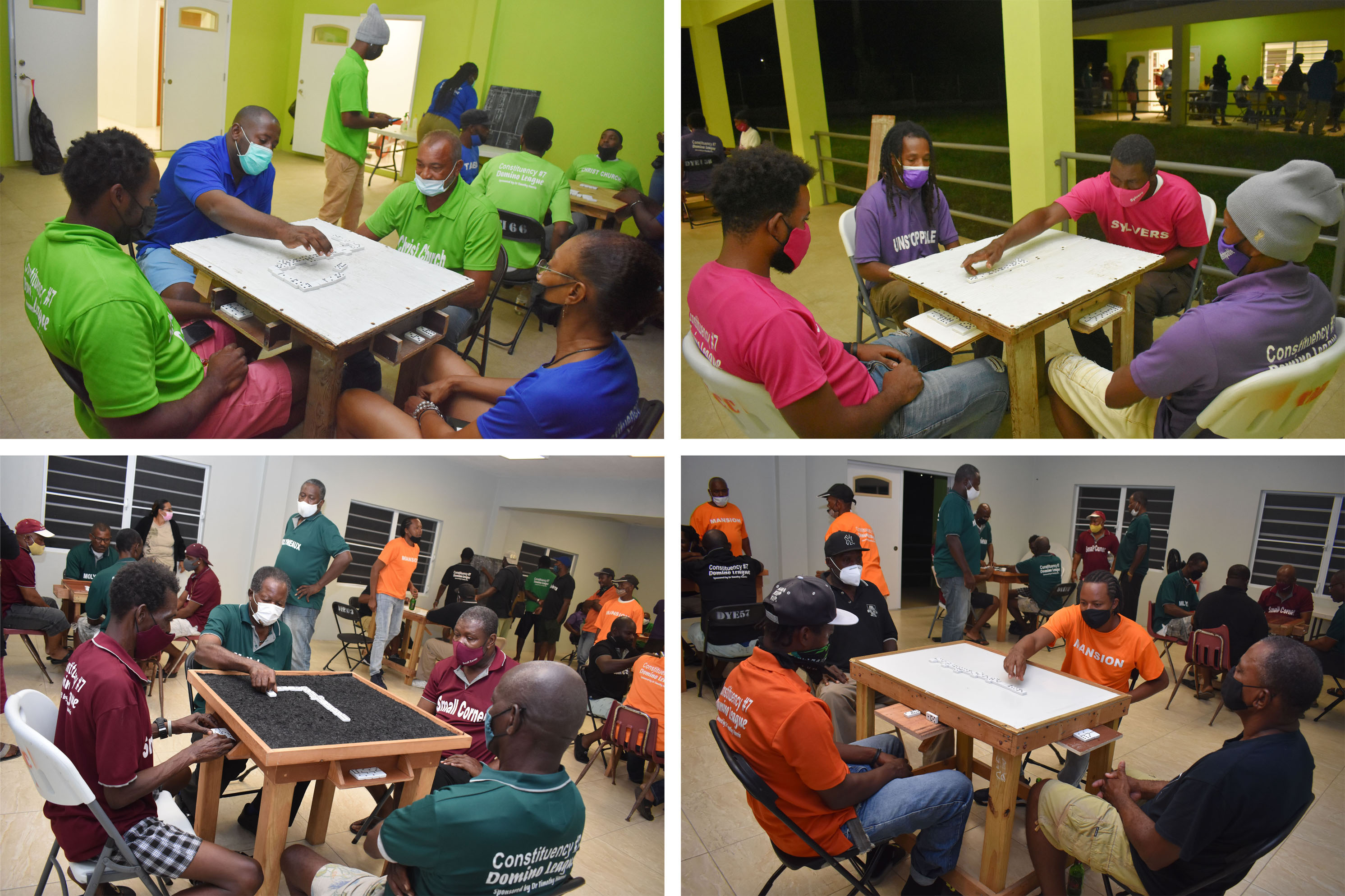 Unity Domino Club and Lodge Domino Club are arguably the most experienced teams, each having been the Constituency Number Seven Domino League champion team at different times in recent years. When they met on Thursday, Unity came with an added advantage over Lodge as it is the runaway points standing leader.

Lodge showed scant respect for their perennial adversaries by opening the game on a high note, at one time leading 6-2. Unity players rallied up and in the process reduced the deficit to a level where Lodge led 12-10. Noting wanting to lose a game that was theirs for the taking, the pair of O’Niel Thomas and Edison Parris slammed the brakes on their opponents and handed them a100-0 points whitewash in the final game, a feat that earned them a bonus game for a 14-10 overall win.

A similar scenario came into play when the only two teams from Constituency Number Six faced each other. Former champion team, Parsons Domino Club came over with a higher seeding as they held the second position on the points standing table, while Saddlers Domino Club was in the eighth position on the same table.

However, Saddlers turned the tables on their sister team from Number Six and handed Parson a narrow 13-11 beating.

Sylvers Domino Club, the only team captained by a female – Octavia Huggins-Sewell – exhibited little or no mercy when they handsomely stopped Unstoppable Domino Club 13-6.

Despite the loss, at the end of the tenth segment of play in the 26th edition of Constituency Number Seven Dr the Hon Timothy Harris Domino League, former champion team Unity is still firmly at the top on the points standing table with 48 points. It is followed by their Thursday evening’s tormentors Lodge who have 38 points, Parsons 37 Points, Phillips 36 points, and Christ Church 33 points.

Defending champion team Tabernacle Domino Club and Saddlers Domino Club have one outstanding game which ended up in dispute on Tuesday. The league’s Executive Committee will hold an arbitration meeting on Monday November 1, in an attempt to defuse the impasse.

Other games will be Molineux vs. Christ Church; Parsons vs. Sylvers; Phillips vs. Small Corner Bar; Mansion vs. Lodge; and Guinness vs. Unstoppable.