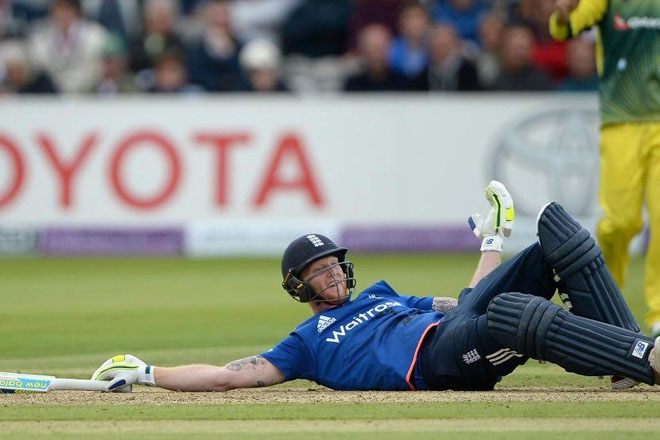 Sports Page — Trevor Bayliss, the England coach, praised the way Ben Stokes has reacted to the furore surrounding his obstructing the field dismissal at Lord’s on Saturday. While Stokes was clearly shocked by the decision, he did not attempt to linger at the crease once the decision was made and, when he spoke on Sunday night for the first time about it, was quick to say it was time to move on.

Stokes’ emotions have previously got the better of him after a dismissal, most famously when he punched a locker in Barbados and broke his hand after falling for a duck in a T20 amid a low run of scores last year, after which he had anger management classes with England’s sports psychologist, Mark Bawden. There were signs of his more mature outlook earlier this year when he managed to smile his way through being saluted off the field by Marlon Samuels in Grenada.

Speaking before the Ashes, Stokes admitted that there was a chance an incident could occur again although more likely when he was bowling – “I’m not sure cool and calculated is the right way to describe my batting, but my emotions certainly do come out when I’m bowling” – and in the recent Ashes he had been “filthy” after being run out while jumping to avoid a throw in the Lord’s Test.

“I thought Stokesy handled it very well,” Bayliss said. “In the changing room after the game he was very philosophical about it – ‘that’s the game, I’ve got to get on with it.’ From what I have heard of Stokesy before, it could have been worse, but he is certainly making strides. He is growing up, not just as a cricketer but as a person.”