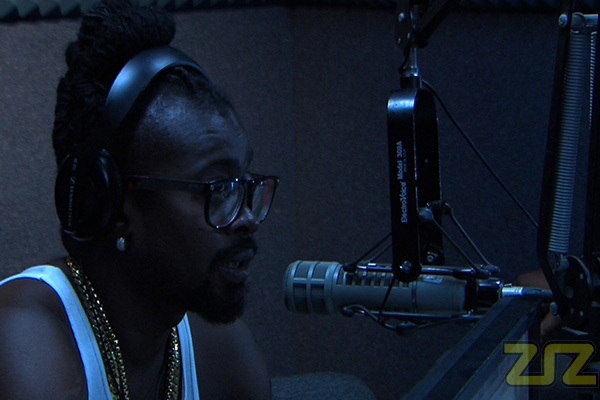 (ZIZ)– Jamaican Dancehall Artist, Beenie Man is already in St. Kitts where he will be performing at the 18th annual St. Kitts Music Festival on Friday.

Beenie Man was a guest on ZIZ Radio on Thursday with host ‘Magic Fingers’ Ronnie Rascal.

The Jamaican artist, whose real name is Anthony Moses Davis, said patrons can expect the best performance from him on the night of the show.

He said, “Of course expect the best and what I do, I do everything to the best of my ability because any show can be your last show. You don’t know what can happen so you perform to the best of your ability. So when fans leave that show, all they talk about is the performance…because you have a lot of people that don’t put no effort out. As long as they they the money in their pockets, they go out and sing two songs.”

Beenie Man also explained that when he performs, it is to spread joy to persons who may otherwise be going through different situations.

“When you go to a stage show, you don’t know what kind of vibes people under. A man can just fight, a woman can just mash up with her boyfriend and she comes to your show to get back that joy that she has lost for the day and then you come on the show and try to expect their vibes; it’s not going to happen. You give the people you’re vibes, you give the people you’re feeling, and you give them how you feel because you come with happiness and joy,” the performer said.

The Grammy award-winning artist is scheduled to perform on Friday alongside local artists Ashkenaz, AZ’1 Band and Hi-Light and regional acts Chronixx, Tarrus Riley and Capleton.