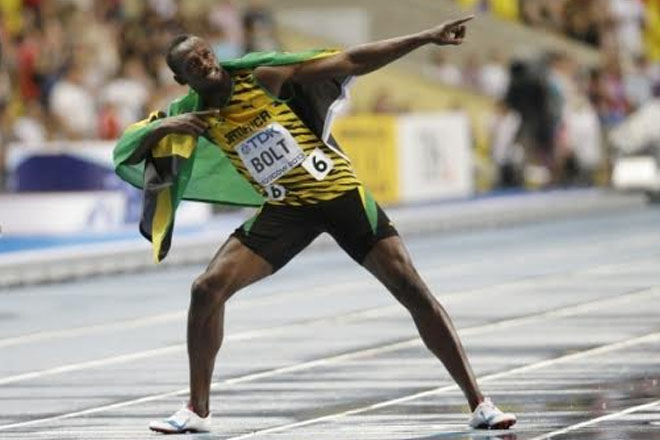 #BEIJING2015: Bolt at 90 per cent can beat anyone, says athletics analyst

Sports Page — Veteran athletics commentator Hubert Lawrence says Usain Bolt’s winning of the 100-metre gold medal at the IAAF World Championships in Beijing, China, on Sunday is proof that the Jamaican sprinter does not need to be at his optimum to beat his main rivals.

Bolt, 29, largely inactive on the international stage due to injury concerns, ran a season’s best time of 9.79 seconds — some distance off his world record 9.58.

In doing so, the Jamaican shrugged off the challenge of the in-form 33-year-old American Justin Gatlin, who uncharacteristically lost his form close to the end to clock 9.80.

Though Bolt is the biggest name in world sprinting, it was a bit of an upset from a statistical point of view since the previously imperious Gatlin had been a model of consistency from the 2014 season.

“I thought it would be close and it was. Bolt is the best of all time and so 90 per cent of him can do the job against the greatest elsewhere. It was a very good win for Bolt and it adds to his lustre as the greatest sprinter of all time,” Lawrence told OBSERVER ONLINE.

Of Gatlin’s tightening near the death, Lawrence reasoned it was understandable, given the pressure that came from Bolt’s presence.

“I wouldn’t knock him [Gatlin] on that because [he was beaten] by the best sprinter in history. It was a tough break for him. It was close, so maybe he can feel that in another time, in another race, he can win,” said the track and field expert.

The two are likely to square up again in the 200m final and possibly the 4x100m relays.