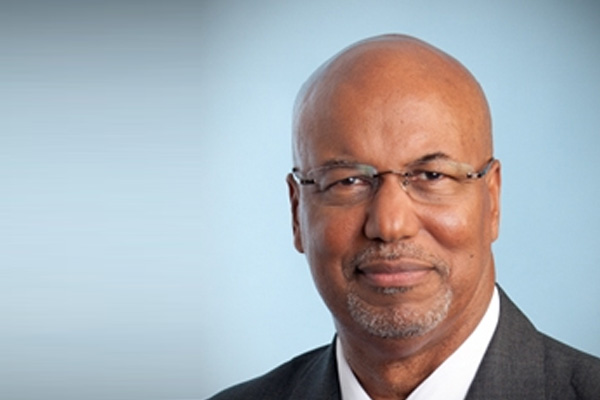 “Key drivers stated as the reasons for the downgrade are continuing weak economic performance and weak public finances which is not surprising,” explained minister of finance, Bob Richards. “Ministry of finance recognized that continuing government deficits and weak economic growth could put Bermuda’s sovereign rating at risk of a downgrade by one notch. We are pleased, however, that S&P has attached a stable outlook to the rating.”

The stable outlook reflects S&P’s expectation that Bermuda’s economy will grow in the next two years, which in turn will reduce fiscal deficits and stabilize gross government debt.

While the ratings adjustment is discouraging news, the minister of finance noted that the lower rating remains in the upper medium investment grade, with a stable outlook.

“S&P continues to endorse the government’s effective policymaking and political stability. It is also pleasing to note that S&P recognized that the hosting of the 2017 America’s Cup yachting race will raise the island’s profile as a high-end tourist destination, spurring investment in the hospitality sector, which is exactly what the Government is anticipating,” Richards explained.

“The government will continue to press ahead with our two track strategy that strikes a balance between responsible growth and disciplined financial management. We will continue work to restore investor confidence to attract foreign dollars back to our shores, opening the island to job and revenue creating activities, creating new possibilities for Bermudians to make a living. As the minister of finance, I remain committed to creating an economy that works for everyone and returning our public finances to a sustainable position,” he concluded.

According to shadow finance minister David Burt of the opposition Progressive Labour Party (PLP), Bermuda’s latest downgrade by Standard & Poor’s should come as no surprise to Richards.

“Over the last 30 months he has been warned by the PLP and by ratings agencies that failure to diversify our economy would impact future ratings,” he said.

“Thirty months of austerity, lack of transparency, inaction on diversification and lack of planning have moved the Bermuda economy in the wrong direction. We cannot build an economy for the future with ideas from the last century; Bermuda needs new and innovative ideas to create jobs and build a secure economic future for Bermudians,” Burt added.

S&P provided the following rationale for its ratings action:

The downgrade reflects our assessment of Bermuda’s continuing weak economic performance, persistent government deficits, and increases in debt burden, which we expect will continue through our forecast horizon.

Despite the poor economic performances of recent years, GDP per capita remains what we consider very strong, at about US$88,000. We believe that real GDP growth will be flat in 2015 but increasing to about 1% growth in 2016. Weak economic performances have resulted in declining revenues and fiscal deficits. Bermuda recorded a general government deficit of 5% of GDP in fiscal 2014 (year ended March 31), which was unchanged from that of the previous fiscal year but much greater than those prerecession.

The 2015 budget imposed modest increases in payroll, air passenger, commercial property, corporate services, and fuel taxes. The government forecasts its fiscal deficit to improve to 3.9% of projected GDP in fiscal 2015 and 2.1% by fiscal year 2017. The annual change in government debt should be 1.8% of GDP for 2015-2017.

Bermuda’s gross general government debt stood at 39% of GDP in fiscal 2014. Thanks to substantial fiscal assets, we estimate the government to be a net creditor of about 6% of GDP at fiscal year-end 2014. Despite our expectation of slow and modest economic and fiscal recoveries, respectively, we still expect Bermuda to remain a net creditor through the end of 2017 as gross government debt reaches 41% of GDP. The gross interest burden, however, will represent more than 11% of projected general government revenues from 2015-2017. The interest burden has been on the rise since fiscal 2008 with the debt-financing of deficits.

HSBC Holdings PLC owns the largest bank, HSBC Bank Bermuda Ltd, with about a 50% market share. The second-largest bank, Bank of N.T. Butterfield & Son Ltd, with a somewhat smaller market share, is mostly locally owned. Bermuda operates a currency board arrangement. Deposits at the Bermudian banks are more than 70% denominated in foreign currency, mostly the US dollar, against which the Bermudian dollar is pegged at 1-to-1. Both circumstances mean that external factors beyond the control of Bermudian authorities largely determine monetary conditions, contributing to our view that the island lacks monetary flexibility.

We view Bermuda’s policymaking as largely effective and predictable and its political institutions stable. It is the largest of the UK’s 14 overseas territories. The assessment also incorporates our view that public sector transparency (which we measure with indicators such as the timeliness, frequency, and completeness of statistics and public sector financial reporting) trails that of many higher rated governments.

Bermuda’s size and lack of natural resources make it depend almost entirely on imported goods. As a result, the island consistently registers a large trade deficit. However, foreign earnings from financial services and tourism more than offset this, consistently generating a substantial current account surplus. (Bermuda classifies its world-class reinsurance sector as nonresident companies.)

We estimate the current account surplus will be close to 15% of GDP range from 2015-2017. By our estimate, the island is a substantial external creditor, with external debt net of public and financial sector assets nearly twice as high as current account receipts. However, because of its large banking sector, its gross external financing needs are very high.

In December 2014, Bermuda was named host for the 2017 America’s Cup yachting race. We believe that this event will raise the island’s profile as a high-end tourist destination, spurring investment in the hospitality sector. The government will spend BM$37 million on race-related infrastructure and BM$15 million in direct sponsorship, as well as provide a BM$25 million sponsorship guarantee. We believe the event will help increase growth in the latter years of the forecast horizon. However, our forecasts do not incorporate a direct boost to government net revenues from the race.

The stable outlook reflects our expectation that Bermuda’s economy will grow in the next two years, which in turn will trim fiscal deficits and stabilize gross government debt at slightly more than 40% of projected GDP. Should the economy continue to contract and government revenues in tandem, downward pressure on the ratings could emerge. On the other hand, should government measures, including the hosting of America’s Cup, place Bermuda back on a higher growth plane that resulted in a steady decline in the government debt burden, we could consider a positive outlook revision or upgrade.