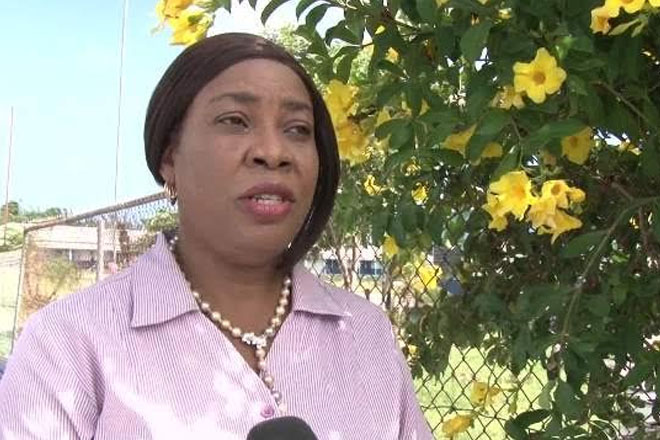 (ZIZ News) — Construction is almost completed at the temporary site for the Basseterre High School [BHS].

On Friday, representatives from the Ministry of Education, the Public Works Department and other stakeholders were given a walkthrough of the various buildings that are in the final phase of construction.

From classrooms to bathrooms, they were updated on the features that are being installed.

Permanent Secretary in the Ministry of Education, Ionie Liburd-Willett said she was happy with the work that had been done.

“I’m even more comforted in the fact that they took extra measures in ensuring that we have bathrooms for students who may be differently-challenged, and so we are very happy with what we have seen,” she said.

The government contracted Barbadian firm Innotech to oversee the construction.

Anthony Dasilva, who is the Executive Director of the government contracted Barbadian firm, Innotech, described the project as challenging, but rewarding.

“It’s been almost like a national effort in terms of all of the contractors that we’ve had here working with us which are 99% Kittitian. Everybody has cooperated to an extent that I have not seen for a long time, anywhere, including Barbados. So it’s been good. It’s been challenging but good,” he said.

BHS Principal, Ron Collins said the staff is very excited about the new classrooms noting that “it will respond to the needs that we have for spacing in a big way.”

“For us, it is indeed an exciting time; that we’re seeing the fruits of our efforts materialize in this way. We’re actually prepared now. We’ve allocated all of the rooms, so we’re set for January. We’re looking now at getting the furniture in place so that come 4th of January, it’s ‘go’ all the way,” Collins explained.

Construction is expected to be completed in about two weeks, with the official handing over of keys slated for December 25.