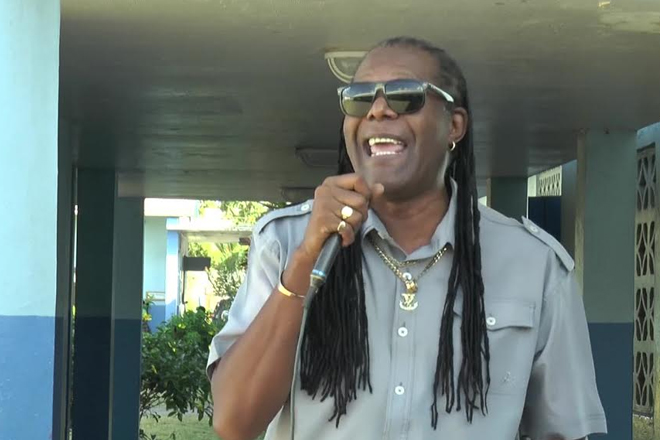 (ZIZ News) — On Wednesday morning, students at the Tucker Clarke Primary School were the recipients of a vast amount of information on Black History during a lecture given by local businessman and Black History enthusiast, Clement “Junie” Liburd.

Speaking to the students as part of the observance of Black History Month, Liburd told the children about some of the accomplishments of persons of African descent, stating that Black History did not begin with slavery,” he said.

“It started in Egypt centuries ago and Africa was also the birthplace of Jesus, Moses and the prophets of biblical times who were all black. Say it loud, I’m black and I’m proud. You better believe that.”

Liburd further spoke of the significance of Black people and Africa to the educational system today stating, “Our history started in Africa. We built the great pyramids; we taught the Greeks and Europeans how to read. Africa had the first universities and schools in the world. It was a black man that invented science. A black man looking like me and you invented math, engineering, arts, writing technology.”

Liburd also made a point of encouraging the students to be proud of their Black heritage.