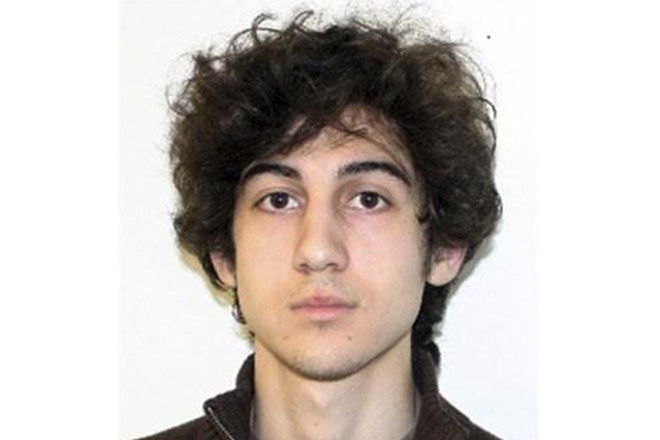 Boston, United States (AFP) — Boston bomber Dzhokhar Tsarnaev apologised Wednesday to his victims for the first time for the suffering he caused, moments before a federal judge formally sentenced him to death.

The US citizen of Chechen descent was sentenced to death on six counts over the 2013 bombings, one of the bloodiest assaults on US soil since the September 11, 2001 attacks.

“I would like to now apologise to the victims and to the survivors,” said the 21-year-old former university student in his first public remarks since the April 15, 2013 bombings that killed three people.

“I am guilty,” he said in a slight Russian accent, standing pale and thin in a dark blazer. “Let there be no doubt about that.”

“I am sorry for the lives I have taken, for the suffering, the damage that I have done,” he said, couching his remarks in the name of Allah and asking for God’s forgiveness.

Judge George O’Toole officially imposed the death sentence, which had been reached unanimously by a 12-person jury on May 15.

Government prosecutors had painted Tsarnaev as a remorseless terrorist who deserved to die.

“I sentence you to the penalty of death by execution,” O’Toole told Tsarnaev, before he was led away by US Marshals.

Tsarnaev will eventually sit on federal death row in Terre Haute, Indiana, but prosecutors said he could be sent in the interim to America’s only “super-max” prison, ADX Florence, in Colorado.

Defence lawyer Judy Clarke told the court that Tsarnaev had offered to plead guilty last year, but Wednesday’s remarks were the first time that her client had expressed any public remorse.

Survivors were divided on whether his apology was genuine. Lynn Julien said his remarks “were sort of shocking” and denied that he had shown proper remorse or regret.

“A sincere apology would’ve been nice,” she told reporters.

But Henry Borgard, who was a student on his way home from work when he was injured in the bombings, was one of the few to forgive and said that he had been “really deeply moved” by Tsarnaev’s remarks.

“I have forgiven him. I have come to a place of peace and I genuinely hope that he does as well,” he said. “I’m going to take it on faith that what he said was genuine.”

But Government prosecutors criticised Tsarnaev, who showed little emotion during the trial, for invoking Allah, and said he had not renounced terrorism or repudiated violent extremism.

On Wednesday more than 20 victims and their relatives made harrowing impact statements summing up their grief, pain, financial problems and how the attacks had brutally changed their lives.

Outside the courthouse, police arrested a young man who allegedly had a meat cleaver stashed in his car. He is being investigated for any possible terrorism link, the FBI said.

The bombings wounded 264 people, including 17 who lost limbs, near the finish line at the north-eastern city’s popular marathon.

“The choices you made were despicable,” said Patricia Campbell, whose daughter Krystle was killed.

“What you did to my daughter was disgusting. The jury did the right thing,” she said, addressing Tsarnaev directly.

Bill Richard, the father of the youngest victim, eight-year-old Martin, said he would have preferred Tsarnaev receive a life sentence but said the attacks were “all on him.”

Tsarnaev, Richard said, could have stopped his brother, changed his mind and “walked away with a minimal sense of humanity.”

The jury’s verdict on the death penalty was a stinging defeat for the defense, who argued that Tsarnaev was a “lost kid” who had been manipulated by his older brother, Tamerlan.

Tamerlan was shot dead on the run before Tsarnaev was arrested.

He was found, injured, in a grounded boat on which he had scrawled a bloody message defending the attacks as a means to avenge US wars in Iraq and Afghanistan.

The death sentence is possible only under federal law. The state of Massachusetts outlawed capital punishment in 1947 and opinion polls had suggested residents favored a life sentence for Tsarnaev.