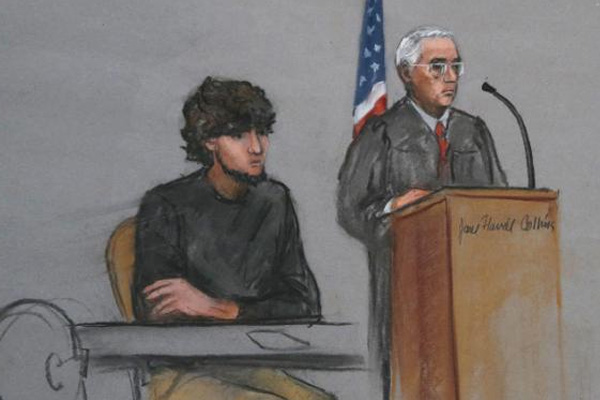 Boston (CNN)– Almost 23 months after a pair of ghastly explosions at the Boston Marathon, opening statements will begin Wednesday in the trial of accused bomber Dzhokar Tsarnaev.

Their remarks will bring back vivid memories of the carnage caused by two pressure cooker bombs that exploded 12 seconds apart at the finish line of the 2013 Boston Marathon.

Three people died in the blasts and more than 260 people were maimed and injured. A fourth person, an MIT police officer, was ambushed and killed in his patrol car three days after the bombings as Tsarnaev and his brother, Tamerlan, allegedly ran from police.

Tamerlan, 26, was killed in a gun battle with police.

Prosecutors are expected to focus on the compelling stories of the survivors and family members of the victims. Their evidence includes graphic videos and full-body autopsy photos of the victims.

The defense is expected to argue that Tsarnaev was under the sway of his dominant older brother, a former Golden Gloves boxer who married an American and embraced radical Islam.

Jury cuts across class, but not race

It took nearly two months of juror interviews — 256 people over 22 court days — to select the jury.

The group includes 18 people from across the socioeconomic spectrum, but the group is almost exclusively white.

Race has been an issue raised by Tsarnaev’s defense during four unsuccessful attempts to move the death penalty trial from Boston. His attorneys argued that the way the court issues jury summons led to picking a panel that’s older and whiter than the community at large. But prosecutors argued that the jury had been picked properly.

“The prosecution got exactly what they wanted,” said CNN legal analyst Mark Geragos, who is a criminal defense attorney in Los Angeles.

“It’s a target demographic for a death penalty jury.”

Just one juror seemed to combine youth and ethnic diversity. A college student who is taking a break from his studies, he said his mother was born in Iran and converted from Islam to the Baha’i faith.