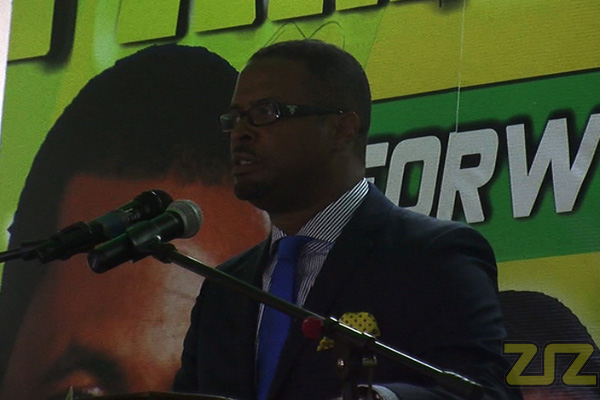 ZIZ News — Leader of Her Majesty’s Loyal Opposition, the Honourable Mark Brantley has accused a number of high ranking officials of corruption, suggesting that their performance in respective posts is hindered by their political affiliation to the country’s prime minister.

Brantley was at the time addressing the People’s Action Movement’s 49th Annual Convention.

He said, “When our Prime Minister said he was 10 man in one some of you thought he was joking but you now realise he is Governor General, speaker, supervisor of election, registration officer, commissioner of police. What else is he? A reach 10 yet?”

Brantley then spoke specifically of the country’s Police Commissioner, Celvin Walwyn saying that not even the office of the commissioner of police had been spared of corruption.

“In Nevis, we had a whole building burnt down, a refusal to investigate. You have we as a responsible government and servants of the people going out and getting a forensic report from an expert and our commissioner’s response is to say we went shopping for an arson report and he, who has no training so far as I am aware in fire investigation start to talk about spark pan wire and start to talk about electricity and it sounded very similar to when the building of Lindsay Grant went up in smoke.”

The 49th Annual PAM Convention was held at the PAM Headquarters in Basseterre.