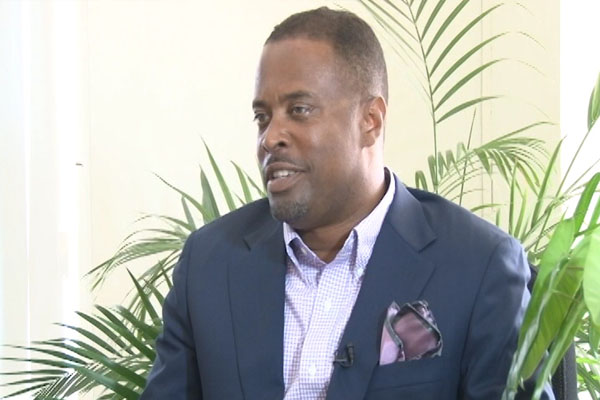 (ZIZ)– The Hon. Mark Brantley has said that the coalition party known as Team UNITY stands in complete support of their leader, Dr. Timothy Harris.

The question was raised in a recent interview with Mr. Brantley in light of public queries about why more prominent opposition leaders, of established political parties, didn’t take on the role of leader of the coalition.

According to Brantley, his responsibilities as leader of the Opposition in Federal Parliament and Deputy Premier of Nevis, and those of others, including his own leader, Premier, Hon. Vance Amory, simply would not allow them to take on the additional role.

“When we looked at the possibility of who would lead Team UNITY, clearly we had just been elected in Nevis, the Hon Premier had his hands full and overflowing with responsibilities in Nevis. I, myself, as leader of the Opposition federally but also here with responsibilities…and so we went through a process of discussion and I think the consensus was that Tim Harris was the most appropriate person at that time in order to take Team UNITY forward,” he said.

While brimming with confidence over the upcoming elections, Mr. Brantley was cautious however, noting that any decision regarding leadership of the federation will ultimately be for voters to make.

“And so we shall see. A lot will depend on what people say obviously at the polls,” he said. “I know they talked about counting chickens before they’re hatched but we hope that we’ll take three hatchlings to St. Kitts in the next election: 9, 10, and 11. We’ll wait to see what St. Kitts does but certainly we’re taking those three seats to Church Street.”