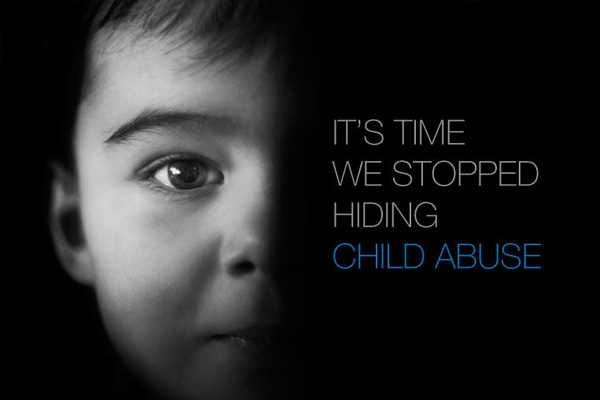 The Blue Bear is the recognized symbol of this campaign across the region. Blue underlines the popular idiom for “feeling blue,” or feelings of hurt, sadness and despair. The image has come to symbolize security, love, care, comfort and relationships as with a teddy bear. The plaster across the teddy bear’s heart was designed to offer a sense of hope and healing.

The focus of the Break the Silence initiative to address Child Sexual Abuse in the Eastern Caribbean is to strengthen the legal and policy frameworks, build on and revitalize services, and implement a communication and social mobilization campaign using the Teddy Bear symbol.

Child abuse occurs in all socio-economic, religious and ethnic groups and affects children of all ages, including infants. The Department of Probation & Child Protection Services recognizes the continued need for an extensive campaign to raise awareness and consciousness of the Child Sexual Abuse and Incest situation in the Federation. There continues to be a need to increase citizen participation and stakeholders’ “buy-in” to the sustainability of efforts and activities to address the increasing issues surrounding child sexual abuse. The campaign will therfore aim to educate and increase public awareness for the prevention and response protocol to child abuse, to influence stakeholders to increase their commitment and to empower children and families.

This commitment was witnessed in the last High Court assizes where there have been convictions in seven unlawful carnal knowledge cases and five indecent assaults cases (this reflects an increase in cases reaching to the high court).Additionally, the comprehensive revision of all juvenile related legislation will help to strengthen the mandate of Probation & Child Protection Services to ensure children’s safety; the Police to protect and the Judiciary to enforce children’s rights.

Sexual violation of both females and males, collectively with the exploitation of young girls for economic gains continues to be a quandary. Societal attitudes and behaviour, family hardship and the devaluing of children, especially girls, are significant reasons for this dilemma. “In the Caribbean, 47.6% of girls and 31.9% of boys have reported that their first intercourse was forced or coerced by family members or family acquaintances” (WHO; 2000).

In March of 2013, the Department held a colloquium to look at the state of the nation’s children with stakeholders, including non-governmental organizations and faith-based organizations who provide services to protect children and strengthen families. It was held under the theme “360 Degree Look at Children” with a long-term goal towards developing a child protection policy that would guide collaborative partnerships for the ‘best interest of the child’. This partnership will facilitate with changing behaviors and attitudes in communities, empowering children and women and educating men.

To break the silence, everyone in the community must commit to evaluating and reshaping their behaviors and attitudes to become a vital player in the eradication of every kind of abuse and violation of children. The Department of Probation & Child Protection Services appeals to the public to penetrate the silence by taking a pledge to “Be an extended arm to help a child,” to “Be a voice for Innocence” and to “STOP WHISPERING”

The general public is invited to come out to this launch on Friday, October 18th, 2013 at 3pm at Independence Square and be a part of the solution. The UNICEF Representative for the Eastern Caribbean, Khin –Sandi Lwin, and other UNICEF representatives, will also be attendance at the launch to unveil the campaign.

Remember IT TAKES COMMUNITIES TO PROTECT A CHILD.