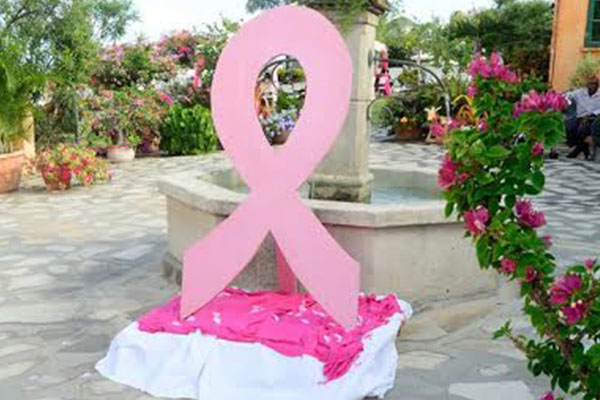 ZIZ News — It was a tea party of class on Sunday at Palm Court Gardens as the Essence of Hope Breast Cancer Foundation sought to raise funds while raising awareness about breast cancer.

The organisation’s treasurer, Julie Gumbs, spoke to ZIZ News about the highlights of the day’s event.

“Yesterday we had a large turnout,” she said.

“We had survivors, we had supporters of survivors, and we had people from the general public who came out to support us because we were putting on a tea party with a difference. To begin with, our stage was set in the pool so the models were actually in the pool. For entertainers, we had the reigning Miss St. Kitts, Mimi Armstrong, we had Alphonso doing a dance and we had Movado Modelling Agency with Jason as their head,” she added.

Patrons also participated in a raffle which featured prizes from Courts, TDC and Digicel.

“As our name implies we are here to assist survivors of breast cancer and their families. We also bring awareness to the community,” she said.