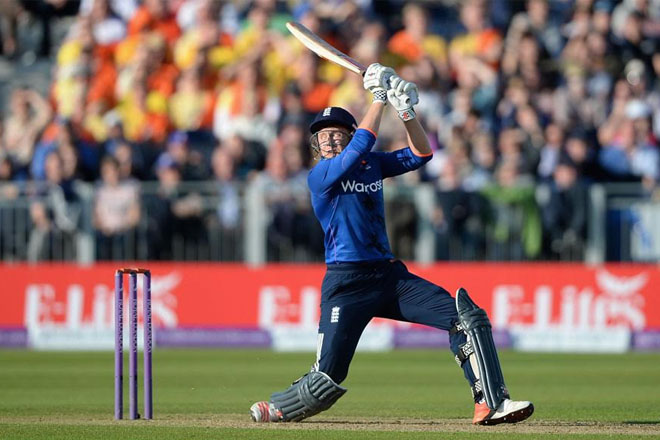 Sports Page — Jonny Bairstow’s England debut saw him win a rain-affected ODI in Cardiff in 2011 and on his return to the side here, in place of the injured Jos Buttler, he produced a similar act with his best innings since that day to get England home and take a thrilling ODI series against New Zealand. His unbeaten 83 from 60 balls won what turned into a gripping decider in Durham.

There were 17 needed from the final 12 balls of a rain-affected chase, with Brendon McCullum entrusting debutant Andrew Mathieson with the penultimate over. Bairstow struck two sweet drives over extra-cover before Adil Rashid guided another boundary with a dab past short third man. Bairstow completed victory with a sliced drive backward of point, eliciting an emotional celebration and delirium for England on their balcony, having been bailed out by their stand-in wicketkeeper.

England’s cavalier cricket has won back the support of the British public during the New Zealand tour but cavalier turned calamitous at the start of their Duckworth-Lewis revised chase of 192 in 26 overs as they slumped to 45 for 5 at the start of the ninth over. On a fairly sluggish wicket, far more careful negotiation was required than earlier in the series, and yet England began their pursuit of 7.38 an over like a horse pulling hard in a middle-distance race.

With three furlongs to run they were tailed off but Bairstow and Sam Billings began to run on. They shared 80 in 57 balls for the sixth wicket, England’s highest against New Zealand in ODIs, before Bairstow took them past the winning post with composure desperately lacking from the top order.