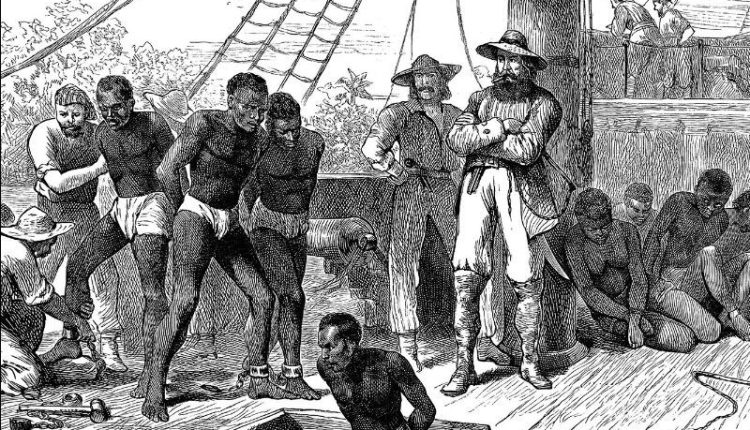 Britain Continues Today To Benefit From The Transatlantic Slave Trade

Basseterre, St. Kitts, February 26, 2021 (SKNNRC): Black History Month is celebrated in the month of February and is a time to reflect upon the struggles of enslaved Africans and those who have benefited greatly from their exploitation.

In speaking at the Black History Month Panel Discussion hosted by St. Kitts and Nevis’ Reparations Committee on February 22, 2021, Dr. Ahmed Reid, Associate Professor of Caribbean History at the City University of New York, said that Britain continues today to benefit from slavery.

He referenced a tweet sent out by Her Majesty’s Treasury on February 9, 2018, which revealed that “In February 2015, the British Government completed repaying the loan of 20 million pounds that it borrowed to compensate enslavers so that they would agree to the emancipation of the enslaved people in 1834.”

He continued, “Positioned as ‘Did you know,’ the tweet claimed that in 1833, Britain used 20 million pounds, 40 percent of its national debt to buy freedom for all slaves in the empire.”

Dr. Reid continued quoting Her Majesty’s Treasury saying that “The amount of money borrowed for the Slavery Abolition Act was so large that it wasn’t paid off until 2015, which means that living British citizens helped pay to end the slave trade.”

“Apart from its self-congratulatory tone, the tweet is troubling and distasteful on many levels,” he said.

“First, there is a shocking revelation that taxpayers in Britain including hundreds of thousands of Caribbean nationals whose ancestors were enslaved by the British and whose labour helped to build Britain, helped to pay the interest payments on the loan that paid the socially and politically connected enslavers,” Dr. Reid said.

He further said the tweet shows the intergenerational link with slavery saying that “This tweet is evidence of an incontrovertible truth that the descendants of enslavers continue to benefit today from slavery.”

He added, “According to a report in the British newspaper ‘The Guardian’, most of the bonds are owned by small investors. Of the 11,200 holders, 7,700 invested all less than 1000 nominal and 92 percent of holders owned less than 10,000 pounds each.”

“Britain and those who invested in slave abolition bonds, continue to benefit today,” said Dr. Reid.