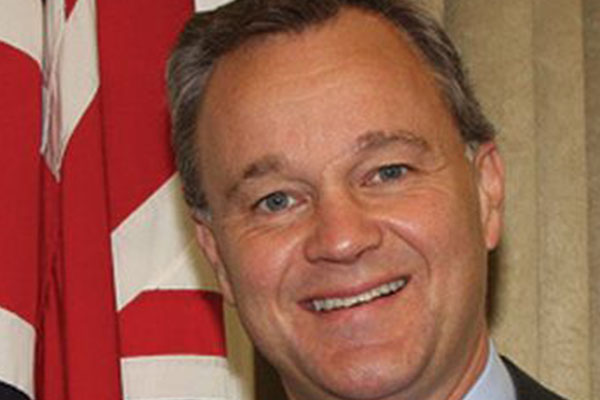 Basseterre, St. Kitts (CUOPM) – The British and Caribbean governments are working with real vigour to boost economic growth, tackle the burden of debt and create jobs and opportunities for their citizens.

“We want the Forum to produce real results to support these efforts. We want to build an even stronger partnership to promote prosperity,” wrote British Minister the Rt. Hon. Mark Simmonds, who along with British Foreign Secretary the Right Hon. William Hague  are meeting Monday and Tuesday this week with Caribbean Foreign Ministers to London for the eighth UK-Caribbean Ministerial Forum.

Minister Simmonds, the Foreign Office Minister for the Caribbean said a central theme of the Forum – and one in which he takes a close interest – is energy security.

“High oil import costs and inefficient power generation and distribution are a challenge for many Caribbean economies. Identifying long term energy solutions – including natural gas and renewable technologies like wind, solar or geothermal power – is a CARICOM priority. UK companies are amongst the best in the world in this field so it is an obvious area where collaboration will deliver benefits all round,” he said.

Minister Simmonds disclosed that education and skills are also key priorities for both Britain and the Caribbean.

“We all recognise that our young people are our best resource. At the Forum, we will ask how we can provide the vocational education, technical know-how and life skills that they need for the world of work,” he said pointing out that tourism remains vital to many Caribbean economies.

“So I was pleased by the changes to the UK Air Passenger Duty recently announced by Chancellor George Osborne. These changes, which take effect from April 2015, will make a real difference. It will make it cheaper to fly to the Caribbean and will remove the anomaly of the tax being higher to travel to the Caribbean than to all US holiday destinations including Hawaii. This has been a challenging issue in our relationship – Caribbean governments and their tourism industries have lobbied hard for change. This gives us another opportunity to build our partnership for prosperity by promoting tourism and business travel,” said the British minister.

He further pointed out that prosperity also involves bringing down barriers to economic growth.

“Serious and organised crime is perhaps the biggest. Not only does it ruin lives, but it undermines economies, discourages investment and impacts on tourism. The Forum will build on our already excellent co-operation to stop organised crime networks, including through the apprehension and extradition of criminals and by seizing the proceeds of their crime,” Minister Simmonds said.

He expressed pleasure that the two-day Forum will show that the friendship between the UK and the Caribbean is about more than just government relations.

Caribbean Foreign Ministers are also meeting parliamentarians from across the UK political spectrum, representatives of the private sector and leading figures from the large Caribbean community in the UK.

“To put business at the heart of the Forum I have asked the Caribbean Council to host a trade and investment event to highlight new opportunities for British and Caribbean companies in the Caribbean, UK and EU markets,” said Minister Simmonds.

He said in his role as Foreign Office Minister for the Caribbean, he has had the pleasure of visiting Jamaica, Trinidad & Tobago and Barbados and is to visit other countries in the region.

“These visits have brought home to me the fact that the UK-Caribbean relationship is defined by friendship. Like all friendships, we will not agree on everything but like all friendships worth having, it is open, honest and based on mutual respect. The Forum will allow us to reflect on how far we have come together but, more importantly, to focus on what more we can do to reach our shared goal of prosperous and secure societies, for the benefit of all our citizens,” said Minister Simmonds.

The first Forum took place in 1998. Since then the UK and the Caribbean have seen changes of governments, endured crises – both natural and man-made – and celebrated success. The 2012 Olympics was a high point for both Team GB and the Caribbean’s track-stars.

Britain said it expects more of the same from the likes of Shelly-Ann Fraser Pryce, Kirani James and Jehue Gordon at the Commonwealth Games in Glasgow this summer.