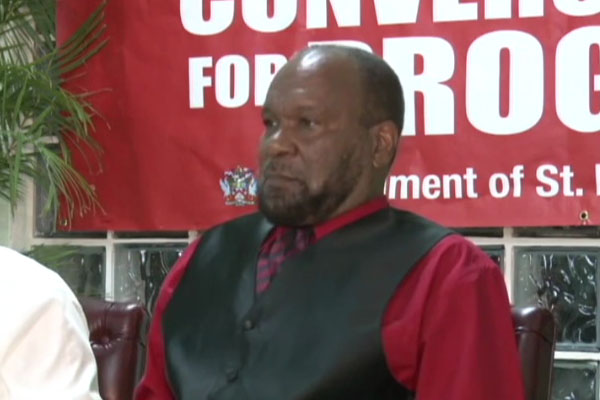 (ZIZ News) — If term limits are to be imposed on elected members of Parliament, then voters should be the ones to determine this.

This is the opinion of Dr. Henry Browne QC who was speaking on Wednesday night to the issue of constitutional reform and recent opposition calls for the imposition of term limits on the office of Prime Minister.

“There has been talk (that) the Prime Minister should only serve two terms. Soon they will tell you a Labour government must only serve one term. The basis of that myopic preposition is simple: because they know it is virtually impossible for them to unseat the Prime Minister or remove the Labour government by democratic means. So the way they want to deal with this is to say “Let’s put it in the constitution he can only be there for two terms”. Now that is a funny thing. The people must know how many terms they want him there for. If you don’t want him there don’t vote for him. What you going to put it in a book for?” he said.

Dr. Browne said there was no need to impose term limits if elected members of Parliament are working for the people and producing results.

“If a man is doing good why do you want to change him? To suit your purpose? So these are things we have to think about. And let no man fool us and say ‘He there too long’, ‘Why he don’t give up?’ Give up what? If a man is winning his seat why do you want him to give up his seat to give to someone who can’t win it? It makes no sense!” he said.

Hon. Marcella Liburd shared a similar view, saying that the electorate and not politicians should be the ones to determine how long their parliamentary representatives serve.

“I believe that any limitation on terms should be with the people. So we can have a discussion about it but the people must decide. Whether it’s in referendum or whatever. If the people decide that we should have term limits so be it. I don’t believe term limits should be left to a few people in Parliament.”

Minister Liburd continued that it was not necessary for the country’s constitution to be changed to introduce term limits on politicians. She said if the opposition really desired term limits, they could change their own party constitutions to address this.

“The political parties don’t have to wait until they get in power to do term limits. If they’re really for term limits they have their own parties and their own party constitutions so they can start at the party level by going to their conferences or whatever they hold and coming to the conclusion and putting into their constitutions that they will have term limits for the leader of their parties. They could start there. They don’t need to get in office to do that,” she said.