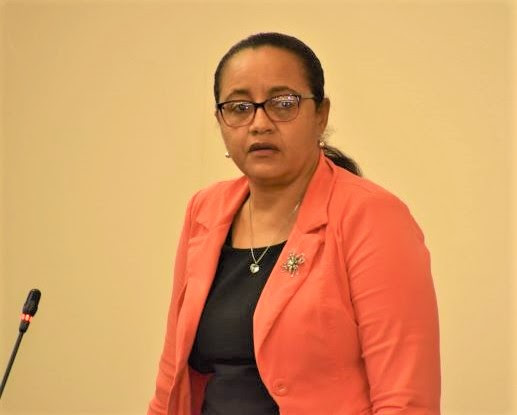 BASSETERRE, St. Kitts, December 15, 2021 (Press Unit in the Office of the Prime Minister) – Confidence in the economy of St. Kitts and Nevis remains high, particularly among the business community, in spite of the challenges being created by the ongoing global COVID-19 pandemic. Minister of Industry and Commerce, Senator the Honourable Wendy Phipps, highlighted that evidence of the confidence in the economy can be seen in the hundreds of new businesses that were registered this year.

“For 2021 alone, we have seen five hundred and fifty-four (554) new businesses being registered. This, Mr. Speaker, shows confidence in the local economy in spite of the ongoing impact of the pandemic,” Minister Phipps stated while making her contribution to the 2022 Budget Debate in the National Assembly on Wednesday, December 15, 2021.

In giving a further breakdown of the figures, the honourable minister said that seventeen (17) of the new entities are registered in the manufacturing sector, “and up until December 2020, there were already some one hundred and sixty (160) registered manufacturers functioning mostly as micro-producers.”

Minister Phipps further noted that based on their records, there are now approximately six thousand, three hundred and forty-one (6,341) licensed businesses in St. Kitts and Nevis.

The minister added, “I am advised by the IRD [Inland Revenue Department] that even though some of these companies may not be current in terms of their returns, they would not have been struck from the books because obviously they would have been impacted adversely by the pandemic, and the IRD will work with them in terms of getting the necessary reports and returns in, in a timely manner.”

Since taking office, the Team Unity administration has done much to promote entrepreneurship across St. Kitts and Nevis, particularly among the young people. One such example of this was the introduction of the FRESH Start Programme which provided concessionary funding and technical support for the start-up and expansion of small and medium-sized enterprises in the country.