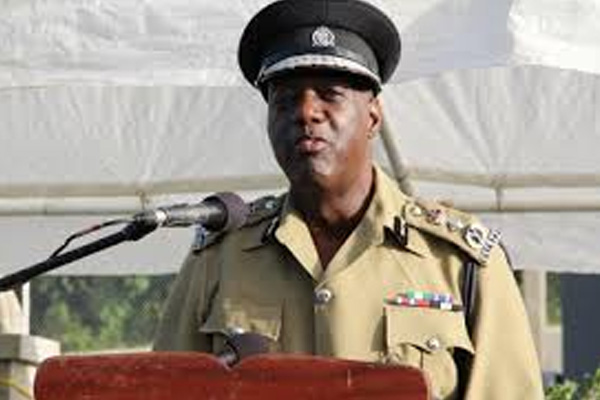 C.O.P. rejects claims that Nevis officers would be removed

(ZIZ News) — Commissioner of Police Dr. Celvin G. Walwyn has completely rejected claims that plans are afoot to remove senior officers on Nevis whom he could not influence.

Dr. Walwyn said he was responsible for recommending that an Assistant Commissioner be placed on Nevis and for confirming the post of a Senior Officer who had been in an acting position. He said it made no sense that he would try to destroy his own work.

Dr. Walwyn has also called on officers deployed on Nevis to serve the people well and carry out their duties effectively.

He said while tremendous improvements have been made, officers stationed on Nevis must continue to do their job as “the public deserves more.”

“My only fight has been to do what you know you’re supposed to do. Give the people of Nevis what they’re paying for. The people deserved better than they were getting. I can tell you there have been some great changes. We have seen an improvement. Crime was down last month in Nevis also but we can see now that people are beginning to realise. If you look at our morning reports now since the last interview I did, you will see an increase in the patrols, you will see an improvement in the patrols and this is what I’ve been asking for, for years,” he explained.

The Commissioner added that it is important for the police to remain visible in the community and give the people “their money’s worth.”

“When I talk people may get upset but they get upset because I’m telling them give Nevis people their money’s worth. That’s it. You should never leave the boat on the Charlestown dock and make it up to the square and you don’t see one police man. There should never be Monday to Friday during the day time that you don’t see, for even five minutes, a policeman in town. If you’re driving around the country, you should see at least one policeman on the road patrolling somewhere. You shouldn’t have to look for police because Nevis has enough cops to do that and they have the resources to make that happen.