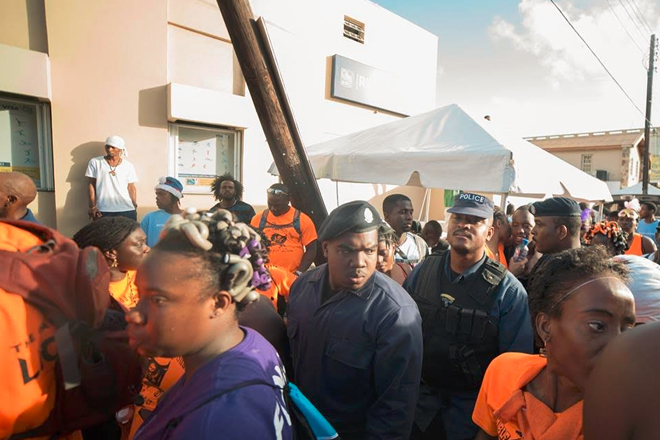 (ZIZ News) — Acting Commissioner of Police Stafford Liburd says from a police perspective, Carnival activities so far have been successful.

In an interview with ZIZ News, Liburd said there have been no major incidents to date and this is due to the Force’s policing strategy and the cooperation of the public.

“I believe that this year is testimony that our strategy for this Carnival has worked thus far. And I say this very optimistically that we are going forward on the some foot for the rest of Carnival,” he said.

He also thanked the general public for their cooperation in the J’ouvert street jam, which he said was “extremely important that brought us success.”

He also credited specific police departments with the success so far.

“I wanna single out the Traffic Department in terms of the traffic plans they implemented for the Sugar Mas so far. They’ve worked reasonably well. We’ve had the SSU being out. The SSU, Drug Squad, that tactical aspect of us. They have worked well, they have worked hard and I want to congratulate them,” he said.

Liburd said the police will continue their strategy in the upcoming shows and street jams.

Referring to specific activities to be undertaken, the Commissioner said “Naturally, we will search those who are suspicious. We will also ensure that we will search vehicles and persons entering town…..nothing new with those plans. But what is more so is we intend to strategically place police offices assisted by the St. Kitts-Nevis Defence Force through Major Parts in Basseterre.”

He urged the general public to continue to work with the police to ensure a safe and enjoyable Carnival 2015-2016.