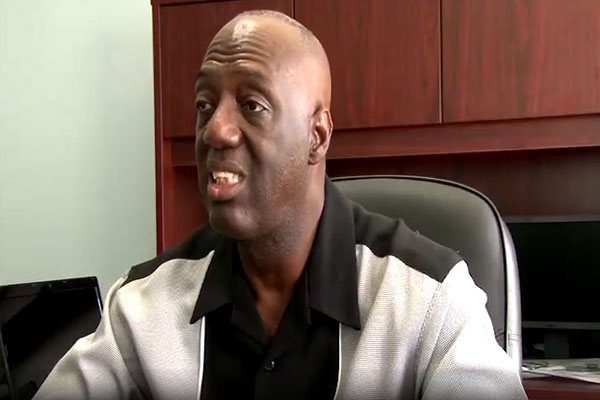 C.O.P. says Nevis has the officers it needs to get the job done

(ZIZ News) — Commissioner of Police Dr. Celvin G. Walwyn says Nevis is equipped with the right number of police officers to protect the island and its residents.

Speaking in an exclusive interview with Stevenson Manners, the Commissioner pointed out that an examination of the duty roster for Nevis would reveal a surplus of officers.

“That is not true. Anybody making that claim, they only need to take the roster of the officers in Nevis, look at the roster, look at the assignments and they will see that there is a surplus of officers in Nevis. You have more officers now than you had before. There’s a national per capita that you should have and Nevis is way above that,” C.O.P. Walwyn said.

In explaining the numbers of officers required to serve an area based on its size and population, Dr. Walwyn used Disney World where he was once assigned as an example.

He stated that the amount of man power available is not the only factor in ensuring public safety.

“I worked in Orange County…one of my last assignments was at Disney World. Now people think of Disney World as being an amusement park. Disney World is 48 square miles. If I’m, not mistaken, that’s about one a half times the size of Nevis. There are only 55 police officers in Disney World…they need to be able to show me why 100 and show me how you’re going to use these officers. If you look at it right now, we have an excess of officers in Nevis and they’re still asking for more,” he said adding that “Some of the people that you hear talking, their thinking says that to take care of business, you have to have more. They don’t speak about strategies. If you recall when I first came here…we reduced crime and we hadn’t hired one new officer yet because we had to strategize and we had to re-deply.”

Commissioner Walwyn also responded to allegations leveled by Deputy Premier of Nevis, the Hon. Mark Brantley that the island is under-resourced and abandoned.

“With regard to resources, Nevis does not have a resource problem with regard to vehicles. The NIA bought them a vehicle. I’m giving them three motorcycles, they have one already. I gave them bicycles. When I first came here, I bought bicycles and I got bicycles donated and I took the bicycles to Nevis and I was at one of the stations and I saw the bicycles and the pedal was bent and I asked the supervisor why didn’t you all report that the thing is damaged. She said it’s only a bicycle. I said no, that’s somebody’s US$1400 because that’s what the bike cost and so that’s the mentality I have to work with but overtime that changed and now we have two motorcycles in Nevis and they’re being used,” he said adding “I’m going to give them three more and if they need another one and they tell me how they’re going to use it, I’ll give it to them but as far as resources, we have officers that are away being trained right now and some of them are from Nevis. The same training we have in St. Kitts, we always include Nevis officers. We never leave Nevis out of anything.”

The full Stevenson Manners interview with Commissioner Walwyn will be aired this Thursday following ZIZ’s major newscast on channel 5.