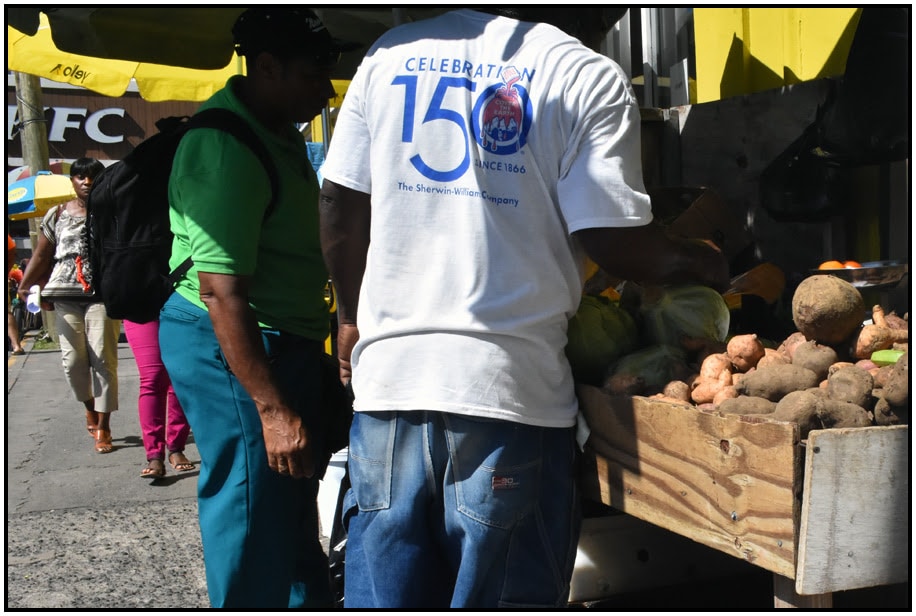 Basseterre, St. Kitts, July 01, 2021 (SKNIS): Minister of International Trade, Industry, Commerce, Consumer Affairs and Labour, the Honourable Wendy Phipps, said that Cabinet is considering permanent placement for sidewalk vendors to allow them to ply their trade in a safer manner. This will be more specifically targeted at non-agriculturally-based vendors. The Basseterre Market Complex will house vendors selling agricultural produce such as fruits and vegetables.

“The Cabinet is currently looking at a programme or project in terms of the permanent placement in appropriate locations for small businesses, micro-enterprises, as well those who are presently plying their trade on the sidewalks, which we know is risky, and from the indications that we have received from the Ministry of Health, that type of gathering also could contribute to the spread of COVID-19,” said Minister Phipps, while responding to a question during the NEOC COVID-19 Press Briefing on June 30, 2021. “What has been before the Cabinet is a report that is continually being updated… there is a committee that has been put in place to look at the long term response to what do we do with our small entrepreneurs.”

“We also recognize that a lot of these individuals, who by the way I should state for the record the government commends them for their risk-taking and their enterprising spirit in terms of being able to make a living for themselves as an entrepreneur, which in and of itself by its very definition is a risky undertaking,” said Minister Phipps. “Nevertheless, what we have discovered is because of the absence of infrastructure, they are at the mercy of the weather and everything else at the same time. But, of course, along the lines of the negative, by occupying the sidewalk you present challenges to pedestrians or even people who would otherwise patronize your business because you force them to walk into the street and, of course, they are in the line of oncoming traffic.”

Minister Phipps noted that the Small Business Development Centre (SBDC) in the Ministry of International Trade is also considering the matter.

“There are several spots on the industrial estate that are being looked at in terms of housing small business operators who are plying their trades on the side of the street but are not necessarily agriculturally-based in terms of their inventory for sale. It is meant to develop in areas where we can drive traffic to them so that they continue to receive patronage but at the same time to be able to do it safely,” said Minister Phipps. “In the context of International Trade, what we are doing is to create a business incubator model whereby they might be able to share a common space and have in common a conference room, the use of a secretary to support what they are doing, bathroom facilities etc.”

She added that vendors will pay a nominal rent until “ they can afford a bigger type of bricks and mortar arrangement where they can choose a more permanent location on their own.” Minister Phipps said similar arrangements are also being worked on for agro-processors – persons who manufacture bottle drinks, jams, jellies, ketchup, and marmalade to name a few.