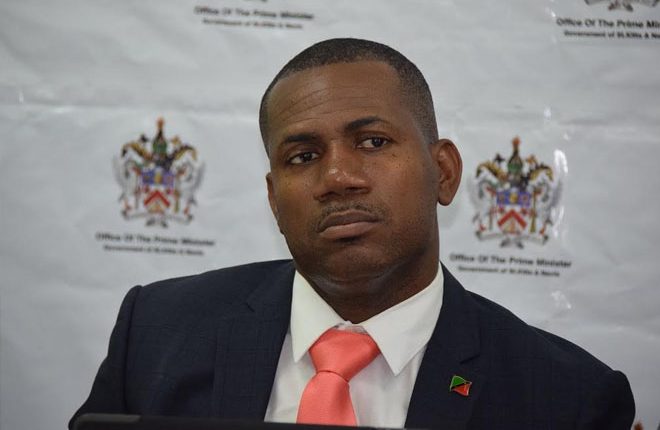 (SKNIS): “At no point in time the Cabinet depended upon its own advice in determining the site for the new Basseterre High School (BHS). At all points throughout the process, technical persons, experts have been engaged to guide the Cabinet in coming to a decision.”

These were the words of Deputy Prime Minister and Minister of Education, Honourable Shawn Richards, during a press conference held on May 31.

Minister Richards said that from the onset five sites were initially identified as prospective locations for the new BHS. The sites included Camps, opposite the International University of Health Sciences, Needsmust, next to SKELEC, Ponds Estate, the existing Basseterre High School grounds and Shadwell Industrial Estate.

“When the first report was received from the first committee, which had been put in place, the Cabinet recognised that two of the sites are located in the Basseterre area where you have the aquifer,” he said. “A second committee was commissioned by the Cabinet comprising of experts in the field of water to further advise the Cabinet.”

The minister said that persons on the committee included Engineer at the Water Services Department, Dr. Halla Sahely, an expert in the field of water; Cromwell Williams, the Director of Public Works; Denison Paul, who is in charge of the Water Department; Athill Rawlins, who previously worked at the Water Department and is now retired; Anthony DaSilva from Innotech, Barbados; Sandy Nettles from the United States, who has done extensive work in the field of water throughout the Caribbean and further afield; and Floyd Harris from Nevis, who is also an expert in this particular area.

These individuals then presented the Cabinet with a report in relation to the two sites which were being proposed in the Basseterre Valley Area.

“In their report, they indicated to Cabinet that if any of those two sites are considered, there are a number of mitigating factors which must be looked at and it must be ensured that at the end of the day that these particular things are put in place to mitigate against any possible contamination to the water well field in the particular area.”

During the conference, the minister presented two reports, which the committee presented to the Cabinet. One dated March 4, 2016, and the other April 19, 2016.

Both reports outlined a number of things that must be done to mitigate against any possible contamination.

“What is instructive is that they also pointed out that the proposed site at Ponds Estate is located downstream of the well field and groundwater flows towards the ocean,” he explained. “As such, the risk of contamination is mitigated. They outlined where the wells are located in proximity to the proposed site of the new Basseterre High School. It was also explicitly stated that sewage systems must also be put in place and that the sewage systems should be self-contained. So whatever waste or sewage you have doesn’t actually flow underground into any septic tanks and remain there.

Since then, another committee was formed to come up with the terms of reference for the building of the new Basseterre High School. The minister again presented a copy, which was dated 28 April, 2017.

Minister Richards said that in the terms of reference, it has been made very clear, relative to water supply and sewage system, that high-quality drinking water must be made available, water storage tanks with adequate storage facility and pump, rainwater harvesting facilities, adequate fire hydrants, fire extinguishers, and hose reels, all waste water to be contained and must be treated to tertiary level, “which is basically the final treatment that you can give to any waste water being treated by a sewage facility.” It also states that chemicals and residue from labs must be self-contained and disposed of safely and finally and sewage must be self-contained and disposed of safely.

“In other words, throughout the entire process, the government has been guided by experts and as we are now approaching the final phase of having the designs done and the school being built, it is specified in the terms of reference what the government is looking for, not only in terms of the number of classrooms, labs, etc, but in terms of the school being green, in terms of mitigating against any sort of waste flowing into any of the wells. That is also made quite clear in the terms of reference for the new Basseterre High School,” said Minister Richards.