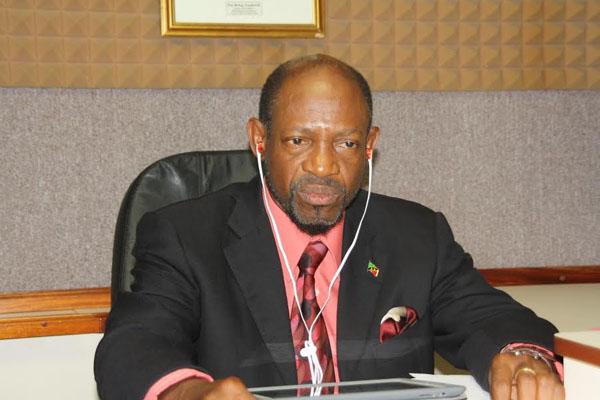 “It has assisted me personally as the Prime Minister to better understand what our people are saying and therefore what policies I should ask my colleagues to discuss and eventually implement in guidance of our programmes and our actions on behalf of the people of St. Kitts and Nevis,” said Dr. Douglas.

“The empowerment programmes to a large extent. They call for the employment of our young people, to a large extent they have come from listening to people on this programme. When people on a weekly basis will say that our young people must be given opportunities to learn skills, opportunities to be employed, to turn away from a life of crime, when it was called from a revamping of the management of the Police Force, bringing in a new commissioner, even though it is not someone who has come through the ranks, but who would have come from outside,” said Prime Minister Douglas referring to some of the many suggestions that came from callers to the programme aired simultaneously on ZIZ Radio (St. Kitts), Choice FM (Nevis) and Kyss FM (St. Kitts) every Tuesday morning and rebroadcast on Freedom FM (St. Kitts) on Wednesday afternoon.

“A lot of action, a lot of policies, a lot of programmes that my St. Kitts-Nevis Labour Government has implemented in support of advancing the country to where it is today, where it is one of the leaders in the entire Caribbean Region, in terms of the economic growth and financial stability, they have come from the urgings of the people who have called in to this programme over the last six years,” Prime Minister Douglas told listeners that.

The first programme was aired on October 21st 2008 and is one of several programmes of good governance, transparency, and accountability initiated by the Labour Government which took office in July 1995.

Other programmes include “Face to Face” which allows the Prime Minister and all his Ministers to sit in a Town Hall style setting and field questions from persons in the audience, via the telephone or the internet; the current series “Conversations for Progress”; The Prime Minister’s Monthly Press Conference; The Post Cabinet Briefings, which informs of the major issues discussed and the decisions taken in the Cabinet; more regular meetings of the National Assembly; live television coverage of the National Assembly meetings. Prior to July 1995, it was only broadcast on radio; Live Streaming of important programmes; The National Consultation on the Economy; the establishment of the Communications Unit in the Office of the Prime Minister (CUOPM); the establishment of the CUOPM Website – www.cuopm.com; The Prime Minister’s Constituency clinics at Saddlers and St. Paul’s and the consultation with stakeholders on draft legislation before passage in the lawmaking body; the Prime Minister’s regularly with ordinary persons and the business community and meetings with nationals in cities overseas where there is a significant number of nationals residing.

“Ask the Prime Minister,” was recently hailed by Barbados’ Nation newspaper in an editorial as “one of the Caribbean’s best model of government keeping connected with the people.”