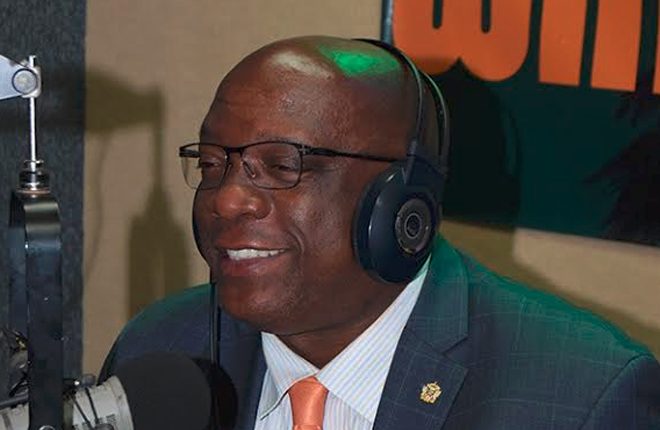 (Press Unit in the Office of the Prime Minister) – Several callers to WINN FM’s Voices programme have expressed their satisfaction with the leadership of Prime Minister Dr. the Honourable Timothy Harris and the performance of the Team Unity Government.

In addressing the prime minister directly, one caller said, “Dr. Harris I must commend you really, honestly and sincerely for your leadership over the past two years; it hadn’t been easy. You have reached out to the poor and vulnerable in removing VAT from food and medication. You have set about to continue to house those who do not have a roof over their heads; you’re a man who could sympathize with those who honestly want employment. Those who want people to believe that you are bent on victimization; it’s far from the truth. You are not a person by nature to deprive people from a livelihood; you come from a poor home, a poor family – you know what it is to be poor.”

Another caller urged the nation’s leader to allow the positive work of the government to speak for itself whenever individuals criticize the performance of the Team Unity Administration.

He said, “Dr. Harris people will criticize, people will talk…people will say all manner of things about you and the government because they are politically upset about what happened last election and they will say all kind of things but you got to keep your faith and keep your mind focused on what you’re doing. What you are delivering to the people of this country that will be your message to anyone of them like the pier, the Basseterre High School and I know that this government is working for the ordinary man of this country and I know that you all are doing well.”

In bringing across his point of the good work of the current administration, one caller reminded the listeners of the Voices programme that the Dr. Timothy Harris-led Government has fulfilled over fifty manifesto promises since assuming office in 2015.

In response, Prime Minister Harris expressed his delight in the fact that citizens and residents are taking note of the progress his government has and continues to make in enhancing the lives of all.

“I am happy that when people go around the country and see the houses that we are putting down; interact with the people who have benefitted from them; see the new pier that we will build; perhaps in time to come, experience the wonders of driving on a bridge across the waterways of St. Kitts and Nevis; go to our hospital and see right here that people are getting cancer treatment – chemotherapy is being delivered under a Team Unity Government; see that the Basseterre High School problem could have been resolved – by conceit by (Nigel) Carty and the rest of Labour meant for three years young people suffered and teachers were called to shame – and you are right, the criticism will come, it is part of the territory. I have to focus on doing good and making sure that the good deeds continue because ultimately that is what the people want and that is what will ensure continuity of this government,” Dr. Harris continued.