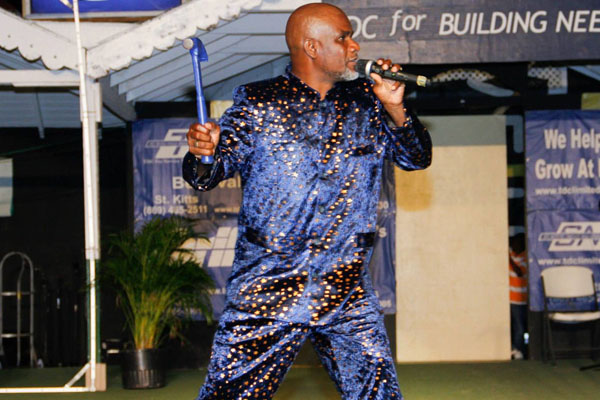 (ZIZ)– Saturday’s revelation of the finalists in this year’s Culturama Senior Kaiso Contest has created quite a stir and people are expressing disappointment in the reigning calypso king, Carlisle “Binghi” Pemberton.

Pemberton was one of several individuals who used the social networking site Facebook to share their views on Saturday’s calypso semi-finals competition.

Binghi was accused by popular blogger Everton Elliott of displaying unsportsmanlike behaviour at a previous event. Binghi responded to the allegation with the use of profanity.

Meantime, political commentator Walter “Chef Waltie” Morton used Tuesday’s edition of “The Breakfast Menu” to comment on the situation. He too said Binghi’s behaviour was unbecoming.

“Some hard things were said but Binghi wrote the ‘F-word’ quite a number of times. In every response he was angry and he kept using the ‘F-word’ and you know what the ‘f-word’ is. And Obi told him, quite correctly, you are a manager at Horsfords, you are the calypso king, an Ambasador of Nevis and you are also the chairman of the Nevis Solid Waste Board. He shouldn’t be using that kind of language on a public medium, Facebook? And up to yesterday when I checked the page the bad words were still there and this is what we are having, all kind of confusion but you know somebody say the C in C-40 stands for confusion,” he said.

The Culturama Senior Kaiso Contest is scheduled for Sunday August 3rd at the Nevis Cultural Complex. That competition will see 10 calypsonians vie for this year’s title and a 2014 Toyota Yaris from the St. Kitts Nevis and Anguilla Trading and Development Company [TDC].