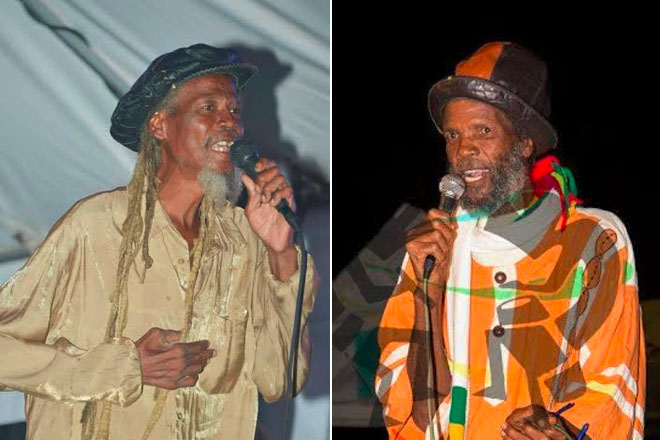 Described as a veteran calypsonian, Aba Lively participated, for many years, in the country’s annual Carnival festivities while Watusi, who recently adopted the calypso name By Surprise, is being described as a musical ambassador who contributed significantly to reggae and calypso.

On Wednesday, members of our news team spoke with calypso enthusiasts and close friends of the deceased who shared fond memories.

Among them was calypso commentator Constantine “Lord Black” Edwards.

He said, “Aba Lively is what you would term a tent calypsonian. He would more release topics which other calypsonians won’t be able to sing about and he had a sense of humour. He knew the topics which people would love because he would sing on simple topics, simple calypsonian.”

“It’s sad to learn that these two calypsonians have passed on to the great beyond in about the same day or the same week,” he added.

Musician, Michael “Mic” Stokes was a close friend of Aba Lively. He spoke of his regular participation in Carnival events and said he will be dearly missed.

Over on Nevis, calypso commentator and Opposition Senator Hon. Carlisle Powell said he knew Watusi personally and admired his diligence.

“Most of us in Nevis know Watusi as a reggae singer but over recent times, he has taken to turning his hand to soca and calypso and participated in those competitions as well but his claim to fame would obviously be with reggae music, which he so loved and recorded. Very few musicians and artists in Nevis have a greater body of work than Watusi,” Powell said.

“Not only did he just record but in seeking perfection, he often travelled all the way to Kingston Jamaica to do his recording and did quite a significant of his mixing in Miami as well,” he added.

“It’s a painful loss for me because he and I developed a friendship over the last couple of years because we travel to St. Kitts together. I also visited him at the hospital a couple of times. It was really a sad moment for me this morning I got the news that he had passed. I didn’t get a proper chance to say goodbye to him. I did promise to pass back and see him but I didn’t. I just want to pass on my condolences to his family, his immediate family, and to the calypso and music fraternity,” Browne said.

The management and staff of ZIZ Broadcasting Corporation join the rest of the community in offering condolences to the families of Aba Lively and Watusi.