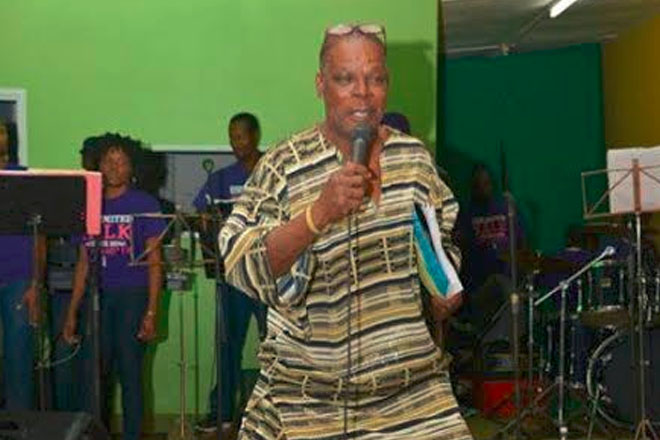 (ZIZ News) – While nationals of St. Kitts and Nevis used Wednesday, September 16th, to honour the lives of the Federation’s National Heroes, many are saddened after learning of the death of well-known entertainer, Reginald “Calypso Reggie” Thomas.

Among the persons saddened by his death is Prime Minister, the Hon. Dr. Timothy Harris who said his thoughts and prayers are with Thomas’ fiancé, children and other loved ones.

While speaking with our reporter, Dr. Harris shared fond memories of the deceased.

He said, “Reggie of course had brought joy and amusement to persons of all walks of life and he had become, over time, a national, cultural and entertainment icon. A famed comedian, he was a must have at many of our community and national festivals. I recall him pioneering efforts at the Tabernacle Festival of Arts, and for many years, he did wonderful work there both as a popular MC and a calypsonian.”

Dr. Harris said Thomas was much more than a comedian and calypsonian, he was also a devoted father.

“Those who got to know him well, knew he was a father that loved his children and tried his very best to take care of them. It is noteworthy, for example, that he assumed the headship of the PTA of the Beach Allen Primary School as part of his love for children, his own and those of others,” he said.

Dr. Harris continued, “I had the occasion today (Wednesday 16th) to meet with some of his family members where he lived in his hometown of Tabernacle and I journeyed there, met with his son and other members of the family, to extend my condolences. I had the opportunity also to speak to his fiancé.”

“Another important hat that he wore was that of course of a community activist. Very often, he would call in on radio indicating areas that needed action, whether it is water going to waste, electricity supply being interrupted or just providing general advice and information, Reggie was an advocate on behalf of those in the community and those in need,” he said.

Reginald “Calypso Reggie” Thomas was also known as an entrepreneur as he provided mobile advertising.