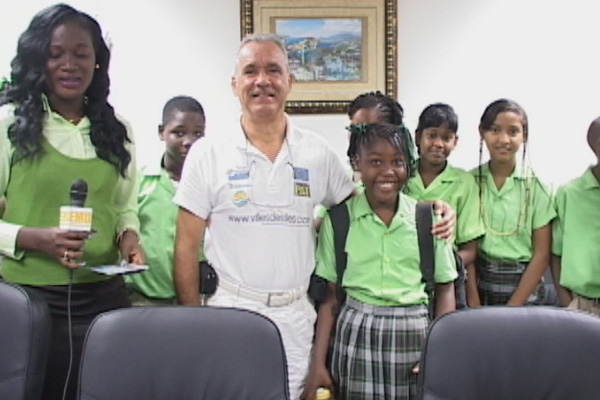 Capitals of the Caribbean

Basseterre, St. Kitts (SKNIS): A new documentary called “Capitals of the Caribbean” has been released and its producer, Patrick Bauceling, has said that no Caribbean island will be left out of receiving the informative DVD.

With that goal in mind, he is making his way throughout the Caribbean distributing the DVDs to schools, libraries, ministers and tourism offices all free of cost.

Mr. Bauceling explained that people do not know the capitals of the Caribbean and much less so their history and noted why it is essential that people are informed.

“I think it’s important to know the different capitals of the islands in the Caribbean,” he said. “I am from the Caribbean and for me it is very important that young people, Caribbean people and the world [learn the history].”

The Producer stated that the film took four years to make and added that much effort went into its production. Money for the undertaking was provided by the European Fund.

The 70 minute documentary has been realised in French, English and Spanish.

This is Mr. Bauceling’s second tour around the Caribbean to distributing the DVDs.