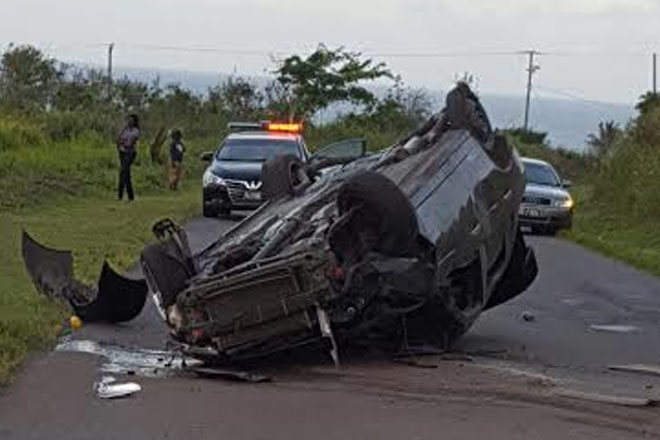 (ZIZ News) — Traffic was disrupted on the main road between Cayon and Keys on Saturday night when a car flipped and overturned on the side of the road.

According to reports, an attempted stop of the driver at a police check point last night resulted in an automobile chase from Molyneux to Keys.

During the chase the driver lost control of the vehicle and it overturned after hitting an embankment along the side of the road.

The driver was able to escape from the vehicle before the police arrived and disappeared into the bush.

ZIZ understands that the individual was later arrested by the police after he went to a trusted citizen who convinced him to turn himself in.