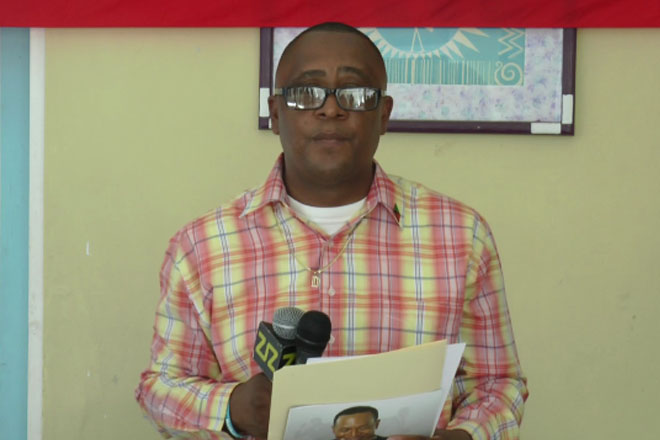 Felix Dexter, now deceased, migrated to England in the 60s.

He made a name for himself in the UK as an actor, comedian and writer.

On Tuesday afternoon, a foundation in his honour donated two barrels of adult clothing to the Ministry of Education.

Senior Education Officer, Daryl Lloyd said it was Mr. Dexter’s wish to give back to the young people in St. Kitts.

“The foundation will be raising funds to assist with programmes involving disadvantaged children. The foundation’s long-term aim is to assist and finance the building of a theatre in St. Kitts in the name of Mr. Dexter Felix. Additionally, plans are afoot for a full scholarship to someone who wants to study in the UK,” Lloyd said.

Geoff Schumann, member of the foundation and Edna Tobin, a relative of Mr. Dexter, made initial contact with the ministry.

Schumann said, “We don’t hope, we know that this is the beginning of a beautiful, fruitful, long-term liaison. Felix left this island as a young man, made his name in Europe. I’m sure as he smiles down from heaven he would be ever so proud that his legacy will continue.”

ZIZ News understands that similar donations based on identified needs will be made soon.