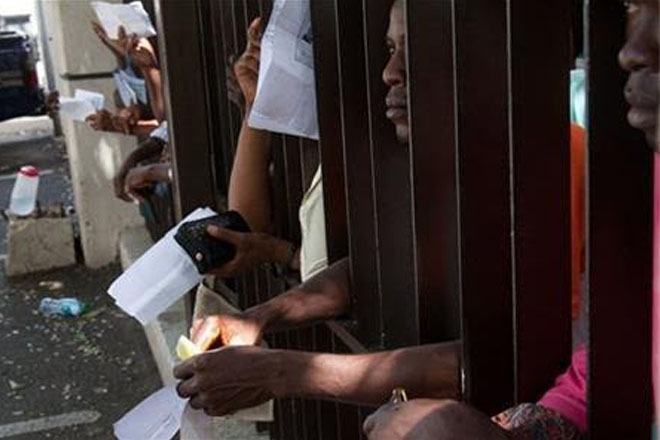 Port of Spain, Trinidad (CMC) — An arts group based at the University of the West Indies (UWI), St Augustine campus – Jauvay Ayiti- has called on the Caribbean Community (Caricom) to immediately boycott the Dominican Republic and products from that country in wake of the imminent deportation of Dominican nationals of Haitian descent.

In a letter to Caricom chairman, Bahamian Prime Minister Perry Christie, the organisation expressed shock that the regional body has not commented on the issue.

“We are shocked but not surprised about Caricom’s silence during this period when the Chair has fallen to the Prime Minister of The Bahamas.

Jauvay Ayiti in stating that The Bahamas “shares a similarly discriminatory policy to its own nationals of Haitian descent” said a state of crisis is gripping hundreds of thousands of Dominican nationals who are now in a critical 48 hour period following Wednesday night’s expiration of the DR Government’s deadline for regularisation.

“As you would also know, the regularisation process has been stacked against these nationals denying them of the chance to regularise their status and now leaving them vulnerable to immediate deportation from the DR, the land of their birth.”

In addition to calling for a boycott of the Spanish speaking nation , the UWI group has urged Caribbean people and other who are concerned about the situation to sign a petition to condemn the Dominican Republic’s Constitutional Court ruling, and its consequent action that would render thousands of Dominicans of Haitian descent, stateless.

The group has asked persons to sign and share the online petition, email or post the petition to the online pages of the local Dominican Republic and Haitian Embassy as well as to the pages of those who stand in solidarity with the cause of Haiti .

Jouvay Ayiti was formed in 2010 shortly after Haiti was rocked by a devastating earthquake .